It’s Wednesday, January 2, and Meet the Press just got real about climate change. 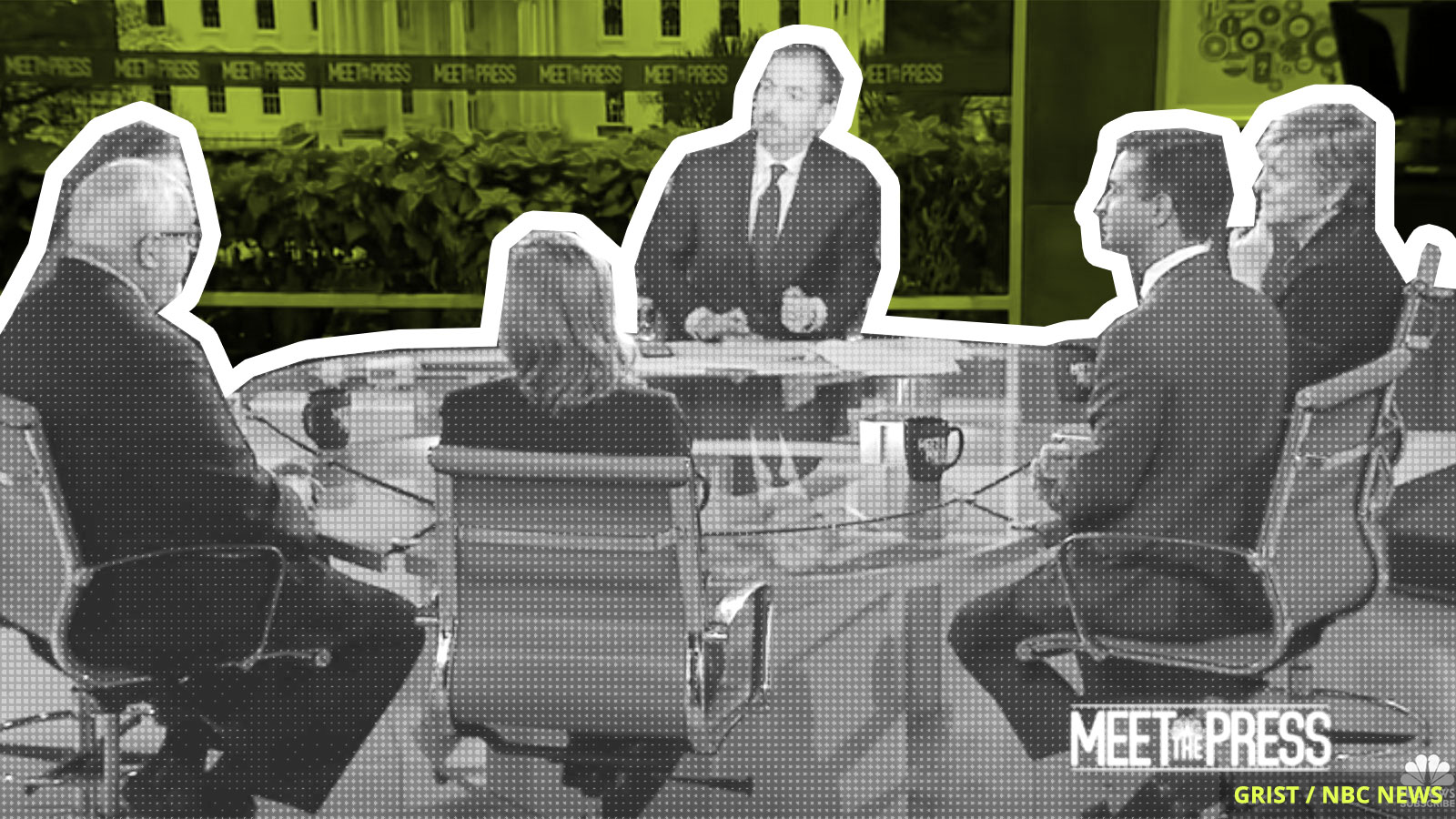 This Sunday morning, NBC’s iconic public affairs show dedicated a full hour to climate change — something no other weekend news program has ever done. The episode could mark the beginning of a new era in mainstream media: one where warming is discussed without giving climate deniers a microphone.

My colleague Eric Holthaus broke down the 60-minute program and found that a majority of the segment was dedicated to talking about climate solutions and giving voice to solutions-oriented politicians. The show featured California Governor Jerry Brown, former NYC Mayor Michael Bloomberg, and outgoing Republican Representative Carlos Curbelo of Florida, who helped form a climate solutions caucus during his tenure.

As Holthaus points out, the segment left out a few key players. “Notably absent from the conversation were direct voices from the current generation of climate leaders,” he writes. For example, Representative-elect Alexandria Ocasio-Cortez, who has galvanized progressives around a bold proposal called a Green New Deal in 2018, didn’t appear on the show.

Regardless, the episode set a new bar for the media. Host Chuck Todd said it best at the beginning of the segment: “We’re not going to debate climate change. The earth is getting hotter, and human activity is a major cause, period.”

On Friday, the Environmental Protection Agency proposed a plan that could result in more mercury emissions from coal and oil-fired power plants. Trump administration officials came up with a new cost-benefit formula, which downplays the public health impacts of mercury and other air toxics, and argues against the rationale for Obama-era regulations.

We’re 12 days into this government shutdown, which is putting the well-being of many Americans on the line. Disaster-stricken communities face delays in relief funding. Native American tribes, which rely on federal funding for health clinics, food pantries, and plowed roads, are also deeply impacted. On top of it all, our national parks are getting trashed.

Africa’s iconic baobab trees — the continent’s oldest living organisms—are dying, possibly due to climate change. These ancient angiosperms are capable of living 3,000 years, but nine of the 13 oldest and five of the six largest individuals have died over the past 12 years, according to a 2018 study.

2018 was a big year for climate-friendly Democrats