It’s Thursday, February 6, and the Democratic National Committee is catching up to its presidential candidates on climate. 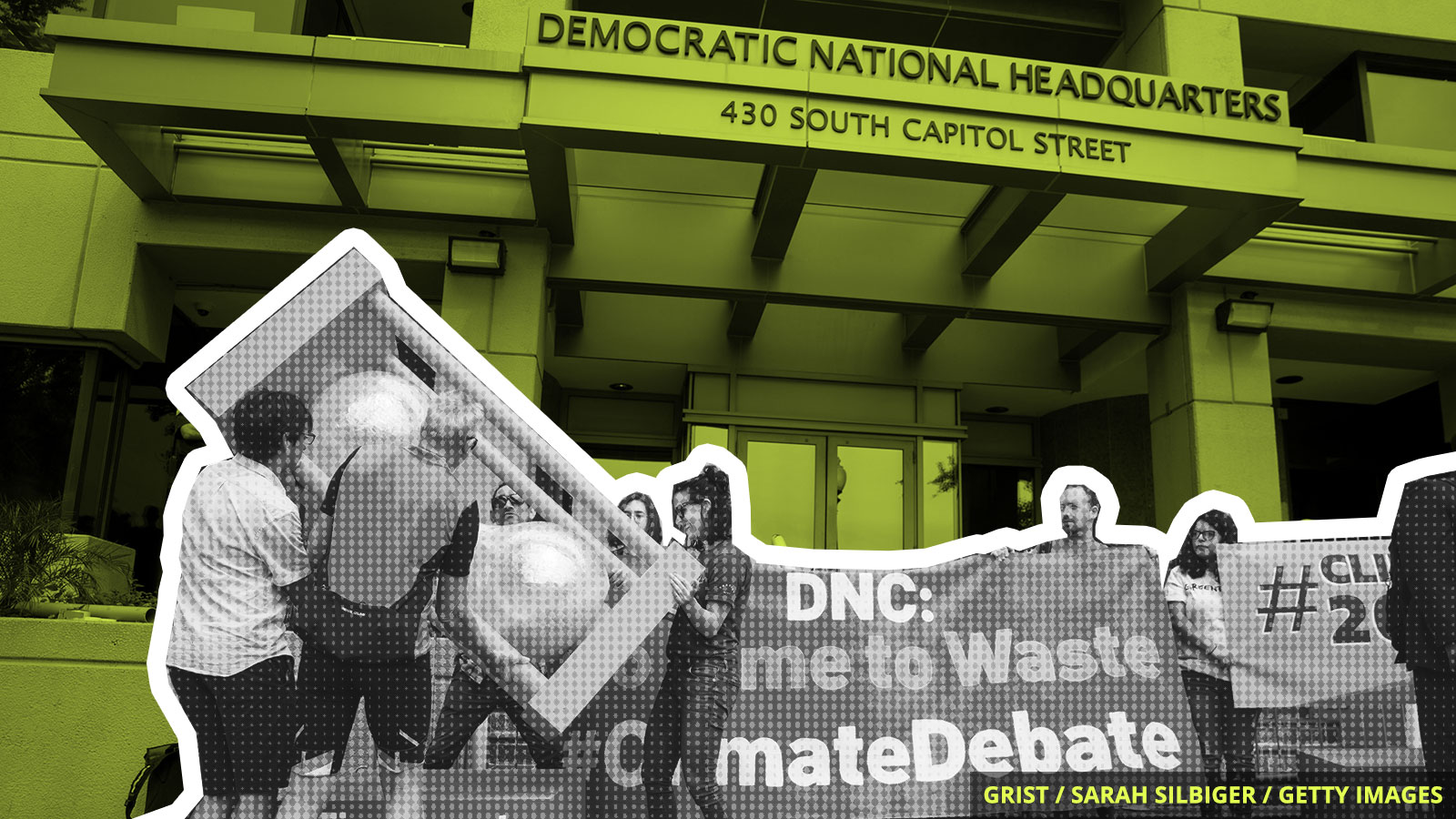 All last summer, activists from the Sunrise Movement and other groups pressured the Democratic National Committee to hold a presidential primary debate focused on climate change. The DNC not only refused, but also threatened to punish candidates if they participated in unofficial climate debates by barring them from future DNC debate stages.

Now, it seems the DNC has recognized that it might have a blind spot on the issue — especially after every leading Democratic candidate has shown support for the Green New Deal and vowed to make tackling climate change a priority if they win the White House.

The Huffington Post reported that the party created an eight-person independent council to develop a climate platform back in August. The group, called the Council on the Environment and Climate Crisis, plans to travel the country for five months, starting in New Hampshire next week, to gather ideas and create a list of policy goals for the DNC to approve at its convention in July.

Those hoping for a more informed line of debate questions on what some consider an existential crisis (and more questions, too!) may finally get their wish later this month. On February 19, a climate journalist will be among the moderators for the first time — Vanessa Huac of Noticias Telemundo.

Currents and circulation in two-thirds of the world’s oceans are speeding up thanks to faster winds, an international team of scientists said on Wednesday. The phenomenon is a consequence of climate change, and scientists didn’t expect it to happen until global warming progressed much further.

Canada’s Federal Court of Appeals just gave the Trans Mountain Pipeline the green light to expand. On Tuesday, the court ruled against First Nations groups who are worried about the environmental impacts of adding 600 more miles of pipeline to the project. The pipeline will carry 890,000 barrels of crude oil a day from Alberta to British Columbia.

Some kinds of permafrost are melting at breakneck speeds — and threatening to release huge stores of greenhouse gases, a recent study shows. Scientists thought that the thawing process would occur slowly, but the research shows that it can happen in a matter of days, threatening to increase overall carbon emissions from permafrost by 50 percent.

Brexit, but for cars