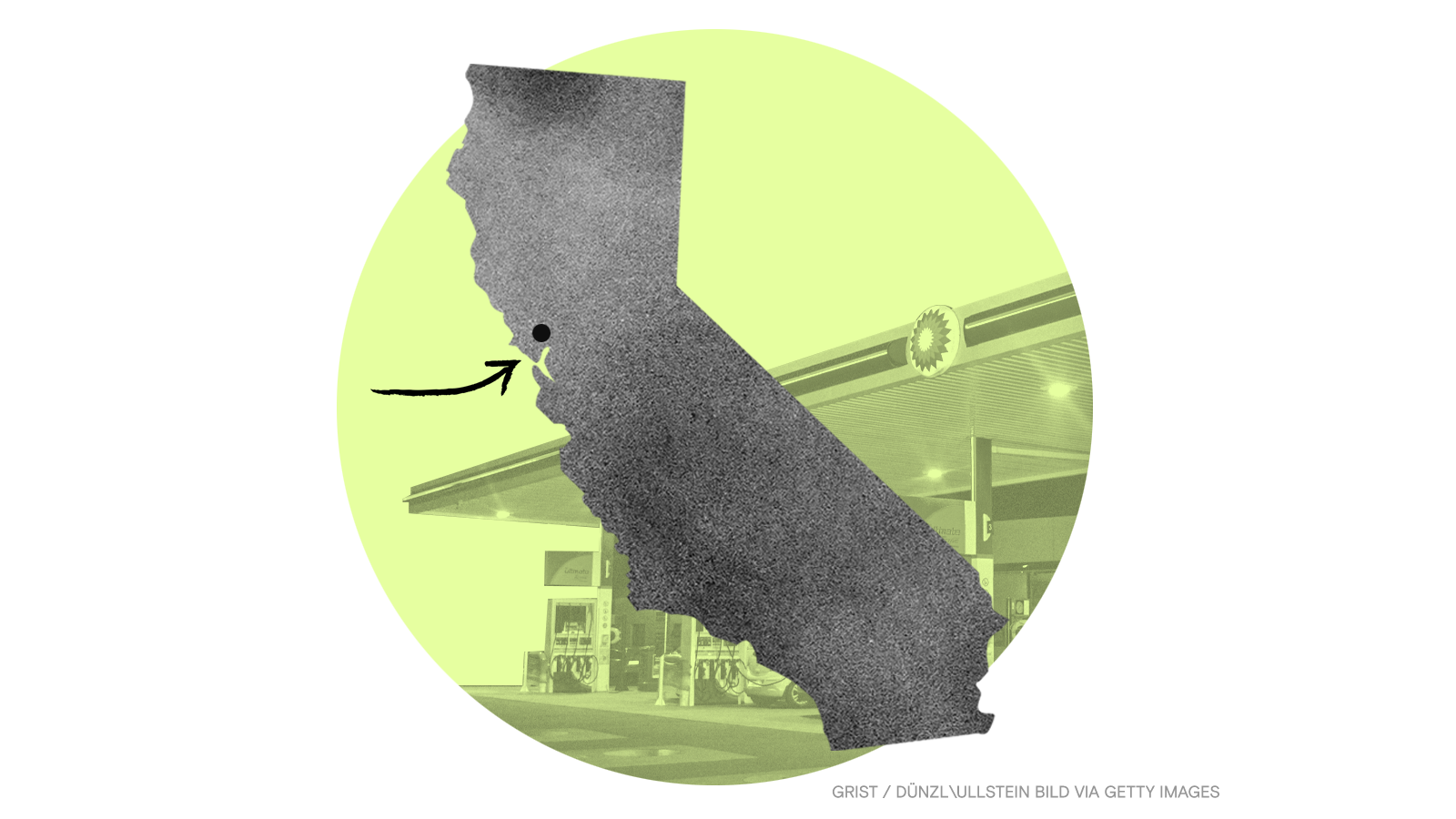 Petaluma, California — a small city 40 miles north of San Francisco — just put itself on the climate map. After a city council vote, the municipality of 60,000 people is poised to become the first city in the U.S. to ban the construction of new gasoline stations.

The new ordinance also prevents the city’s 16 existing stations from adding new gas pumps. Instead,they will be encouraged to add electric vehicle chargers. The announcement comes on the heels of pledges from major automakers to revamp their cars to run on electricity: Volvo has promised to go all-electric by 2030, and General Motors is planning to do the same by 2035.

Petaluma has made big promises to combat climate change in recent years — the city declared a “climate emergency” in 2019 and has released a plan to achieve carbon neutrality by 2030. But the gas station ban is a solid, concrete step toward a zero-carbon future — one that has attracted attention from around the world.

“To me, it’s really important we’re not just ticking off boxes,” Mayor Teresa Barrett told the Petaluma Argus Courier. “If we want to be carbon neutral by 2030, we have to make these changes.”

If the world fails to prevent global warming from surpassing 1.5 degrees C (2.7 degrees F), much of South and East Asia, Central America, Central Africa could become uninhabitable for humans, warns a new study. The researchers found that the tropics, which are home to more than 3 billion people, could eventually experience levels of heat and humidity that the human body cannot survive.

A coalition of Republican attorneys general from 12 states is suing the Biden administration for increasing the social cost of carbon, a number the government uses to assess the true cost of emitting a ton of CO2. President Biden recently reverted to the value used by the Obama administration, making it seven times higher than under his predecessor.

The Board of Supervisors in Kern County, California, voted Monday to approve a plan to fast-track the permitting process for 67,000 new oil and gas wells. The county is already home to 78,000 operating wells and the worst air pollution in America, measured by year-round burden of fine particulate matter.

FedEx is FedUp with emissions