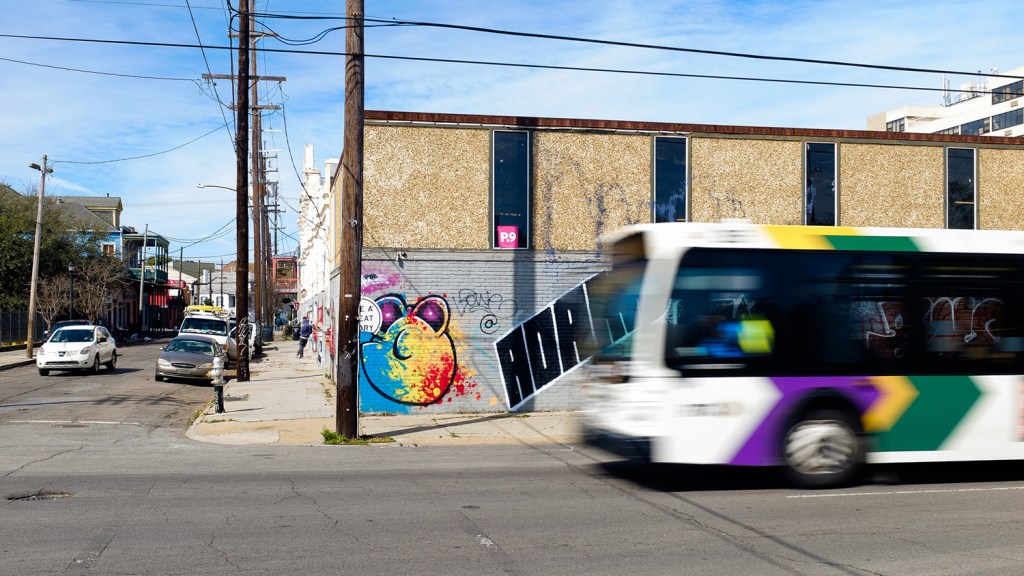 After Hurricane Katrina made landfall in Louisiana, on Aug. 29, 2005, Americans were awoken to a few sobering realities: our infrastructure is crumbling, sea levels are rising, storms are getting stronger, and too many inner-city residents lack access to transportation.

In New Orleans, thousands of people stayed behind in the city instead of evacuating. It wasn’t just individual stubbornness. Those who stayed were disproportionately poor and African-American. They stayed because they didn’t have anywhere to go, they didn’t have money for a hotel, and more crucially, in many cases, they didn’t have a car or any other means by which to leave.

The lack of transportation equity in New Orleans was shown to be a matter of life and death. Many New Orleans households — 19 percent, as opposed to 9 percent nationally — do not have access to a car. This is not because New Orleans is so well-connected by mass transit. There is no subway system. There is no rail service within the city except for a limited streetcar system. Buses exist, but you might have to wait around a long time for one to come — if you can stand being out in the oppressive heat and humidity that blanket the city from June through September.

Ten years after Katrina, one critical aspect of the city’s transportation network has been improved. New Orleans now has comprehensive evacuation plans and volunteer services to assist the car-less in an emergency. So hopefully the next time a major storm hits the city, no one will have to die just because they don’t drive.

But the day-to-day mass transit service has not gotten better. In fact, it has gotten far worse. Katrina created enormous challenges. The majority of the city’s streetcars and buses were destroyed in flooding and residents fled en masse. As a result of population and economic contraction in the years after the storm, and the need to focus on rebuilding basic infrastructure, services were cut dramatically. They have only just begun to be restored.

The drop in service frequency is staggering, according to a new report from Ride New Orleans, a transit advocacy organization. “Before Katrina, NORTA [New Orleans Regional Transit Authority] buses and streetcars made more than 17,000 trips each week,” the group writes. “By 2015, that number had fallen to just 7,813. This represents a 55% decline in available transit service.” That’s at least an improvement over figures from 2012, when transit was down 64 percent compared to pre-Katrina levels.

This translates into much longer stretches of time lost waiting for the bus. And that, in turn, means daily commutes take hours when they could be made in minutes by car. More from the report:

Before Katrina, NORTA’s bus and streetcar service was highly convenient for riders; in fact, 80% of bus and streetcar routes offered service every 30 minutes or less during peak commuting hours. In 2012, the picture was far bleaker: convenient service dropped significantly, with only 24% of transit lines offering service under 30 minutes, and 18% of bus routes operating at peak hour frequencies of 60 minutes or longer. However, in the three years since 2012, NORTA has invested in expanded transit service, bringing the new total to 43%, still markedly behind pre-Katrina service levels, but improving.

In essence, the system has been caught in a vicious cycle since the storm: A massive loss of population and economic activity led to a big ridership decline. With rides down by as much as 70 percent, revenues took a nosedive and service had to be cut. Then cuts in service discourage new people from becoming riders.

Slowly, with population and industry rebuilding, transit service is coming back. But, transportation equity advocates say, the city has favored restoring and expanding streetcar service, which is concentrated in more affluent and touristy central neighborhoods, rather than the buses that serve most poor neighborhoods. “Following Katrina, streetcars have risen to a new level of prominence, commanding a significantly larger share of NORTA’s operating expenses,” writes Ride New Orleans. “In fact, NORTA has fully restored pre-Katrina levels of streetcar service, but just 35% of bus service. Given that existing streetcar lines serve only select neighborhoods, this uneven recovery has left many neighborhoods across the city with poor-quality transportation choices.” From 2004 to 2014, the share of NORTA’s operating budget that goes to streetcar service shot up from 14 percent to 34 percent. The city is also pursuing an ambitious, expensive plan to add 33.5 miles of streetcar track.

There are arguments to be made in favor of streetcars too: They can lower emissions even more than buses, and their appeal to tourists spurs economic development along the routes. But if that economic development expands to lower-income areas, it can lead to higher rents rather than benefits for many of the existing residents. “There are concerns about gentrification that come with streetcar lines, and that streetcars represent privileging tourists over commuters,” says Richard Campanella, a geographer with the Tulane School of Architecture in New Orleans. “They are more picturesque than buses, but less efficient [at moving people]. On the other hand, streetcars have amazing capacity to spread around tourism dollars that were previously concentrated in the French Quarter.”

Ideally, there wouldn’t be a competition between streetcars and buses, but more money for each.

New Orleans’ transit problems stem in part from how transportation projects are funded. The federal surface transportation law doles out money for building roads and transit systems, but not for maintaining them. Relative to a highway, much more of a bus system’s cost over its lifetime comes from running the system than from the upfront infrastructure costs. “The operation costs are the highest for a transit agency, and it’s the costs that the federal government is least likely to support,” explains Rachel Heiligman, executive director of Ride New Orleans. “There is much more money for infrastructure. So the federal government — the Department of Transportation and FEMA — helped replace the bus fleet. But we don’t have the resources to hire the drivers and get them out into the field.”

Meanwhile, the city decided in 2008 to outsource management of its transit system to a private French corporation, Veolia Transportation Services. (If that name sounds familiar, perhaps it’s because you’ve heard that the Veolia parent company is mismanaging Pittsburgh’s water system.) Veolia Transportation Services recently merged with and took on the name of a company called Transdev. In a report last year, Ride New Orleans argued that Veolia is charging the city more than a fair market rate for its services. Some critics also suggest that Veolia has sought to increase ridership by focusing on more affluent areas rather than those most in need. Ride New Orleans argues that subsidizing private-sector executives’ high salaries wastes money that would be better spent on hiring bus drivers. The new contract with Transdev, however, has tightened its belt.

The good news is that people and money are returning to the city. The population is growing, although it is still only about 80 percent of its pre-Katrina level. Tourism is also on the rise, although still slightly below its peak in 2004. Tax revenues are up, thanks in part to booming tourism.

But the transit system has been slower to recover, so Ride New Orleans still sees much room for improvement. It argues that the city should not only invest in more frequent bus service but it should comprehensively plan transit expansions around serving relevant public policy goals, from land use — like building densely around certain transit-rich nodes — to economic justice, such as offering unemployed New Orleanians access to jobs that have been dispersed throughout the region.

Hopefully, the lesson from Katrina that transit access is a crucial lifeline will be taken to heart by the city in more than just emergencies.