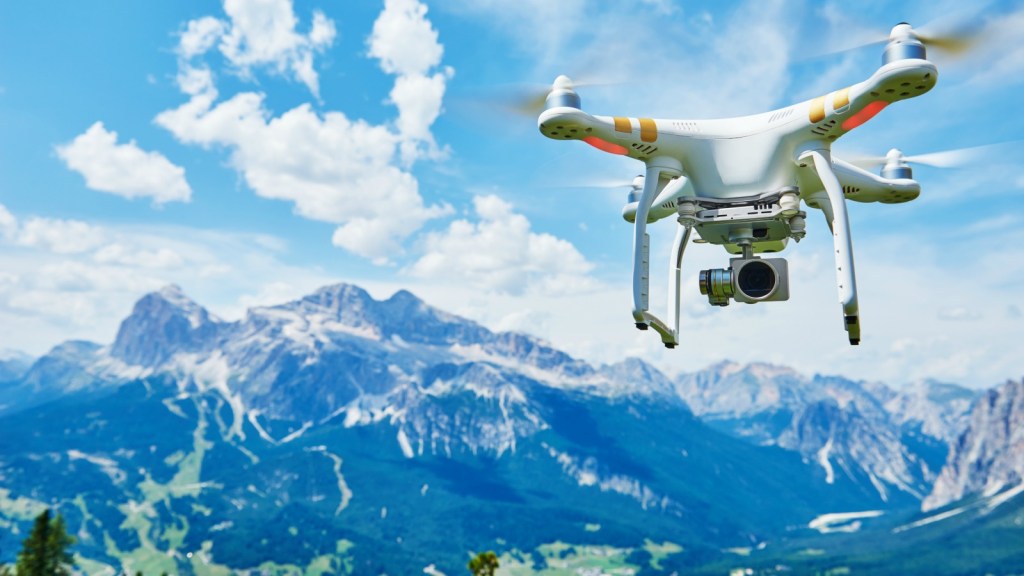 Delivery drones are taking flight in China. Recently, one of the country’s biggest e-commerce companies, JD.com, successfully launched the first drone delivery service to rural areas in the Jiangsu province of eastern China, and plans to expand to other cities soon.

The operation is still in its nascent stages, but if the technology persists, drone deliveries could potentially cut vehicle emissions in one of the world’s most polluted countries.

JD.com’s battery-powered drones whizz packages from township depots to rural depots in 20 minutes or less – eliminating the need for delivery trucks that can take hours to wind their way through Jiangsu’s mountain roads. The li’l machines can carry up to 33 pounds of goods, travel at about 34 mph, and aren’t bothered by a little wind and rain.

The main impetus for using drones: cost cutting. JD.com’s metallic minions, on average, halve the cost of each delivery to less than 7.6 cents, according to Chinese news outlets. There could be big savings for the environment, too. Using battery-powered drones could relieve road congestion and reduce greenhouse gas emissions from diesel-guzzling delivery trucks, say drone advocates and analysts. China, after all, is the world’s leading emitter of greenhouse gases and is also the world’s biggest (and growing) e-commerce market, with online retail sales increasing 32 percent from 2014 to 2015.

Of course, there are caveats.

Recharging the drones’ batteries requires an external energy source, so “using drones would reduce the carbon footprint of deliveries only if energy used to power their batteries is renewable,” says Dr. Steven Lewis, senior Transnational China Fellow at Rice University. Hydro and solar power exist in China’s mountainous regions, he says, but coal is still the go-to. Drones that run on coal-powered batteries “could have the same, or worse, impact on the environment as using diesel.”

As the common refrain goes in conversations about drones: more research needs to be done. However, with e-commerce tycoons such as Alibaba founder Jack Ma committing to more clean energy R&D in the coming years, a future where metal birds whizz through crystal clear air might be visible through the smog.