Greens who want results should take lessons from the grassroots 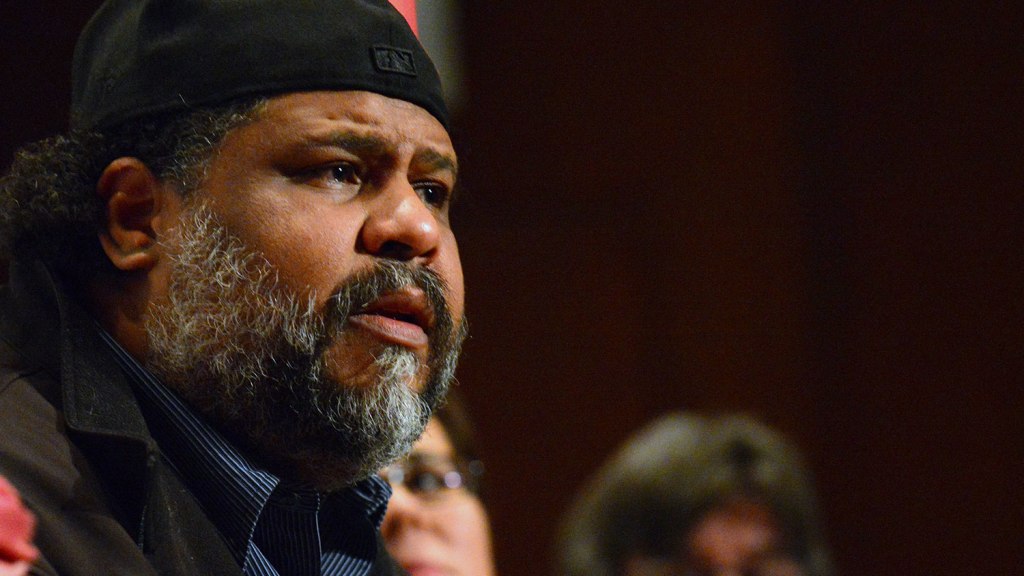 Greens who want results should take lessons from the grassroots

Environmentalists moped into 2015 knowing that last year’s midterm elections produced the most hostile Congresses on climate change and the environment in recent memory. Rhea Suh, the new president of the Natural Resources Defense Council, told me that “there are more challenges” confronting the environmental movement now “than we’ve ever seen.” The movement’s leaders will be fighting aggressively and begrudgingly, mostly from behind enemy lines in Congress, longing for the days when lawmakers like Henry Waxman, Ed Markey, and Barbara Boxer met them with open arms.

The halcyon days of President Obama’s opening era, before the Tea Party began cleaning house in 2010, makes you think of what Biggie meant when he said, “It was all a dream.”

Many justice-minded and community-based environmentalists are probably thinking, “Welcome to our daily reality.” Justice advocates have rarely worked in favorable conditions where policymakers share their values and priorities, especially when it comes to confronting issues like racism, sexism, classism, and labor exploitation. Environmental justice groups have had their work cut out for them even when the landscape was friendly, as was the case under former Environmental Protection Agency Administrator Lisa Jackson, who prioritized justice like no EPA chief before her. Jackson’s crew may have produced progressive guidelines and plans for federal permitting and rulemaking, but the major roadblocks for environmental justice communities more often come from state and local governments — and the private sector, which has no mandate to consider justice and equity in its decision-making.

To make progress, environmental justice activists have always had to learn to play nice with those who often don’t think much of marginalized communities at all.

I thought about this while reading a press release yesterday from the EPA’s Region Four office, recognizing the progress of several community watershed improvement projects in Alabama, Florida, Georgia, and Mississippi. The projects are the recipients of the Five Star and Urban Waters Restoration Program grant awards — the product of a 2013 alliance between EPA, the National Fish and Wildlife Foundation, the Wildlife Habitat Council, and corporations like the utility behemoths Southern Company and Pacific Gas & Electric.

Southern is the fourth largest utility company in the nation, and is among the largest donors to the Republican Party from the energy and electric utility industries. It lobbied EPA last year more than any other company (presumably to dampen carbon pollution regulations), according to the Center for Responsive Politics. According to Facing South, Southern runs two of the largest carbon pollution–emitting coal plants in the U.S. While it’s lately been open to solar, it opposes environmentally popular “net metering” policies — its CEO Tom Fanning called it a “flawed concept.” Environmentalists have been at war with Southern Company in Mississippi over the company’s construction of a gargantuan coal gasification plant that so far seems as adequately planned and financed as the movie Dune.

And yet Southern is the corporate lead sponsor for the Five Star and Urban Waters Watershed program, having spent close to $2 million since 2006 helping community organizations restore hundreds of acres of Gulf Coast wetlands, as well as helping conserve and stabilize dozens of creeks and rivers throughout the Gulf states. This is no small perk given the threat of rising sea levels, the current risks of flooding from the Mississippi river, and the perennial looming danger of community-leveling hurricanes.

One of the communities Southern has helped fortify through the watershed program is Turkey Creek, a small town near Gulfport, Miss., founded by emancipated African Americans after the Civil War. It received a $20,000 grant through the Five Star program in 2013 to help develop the Turkey Creek Greenway/Blueway initiative, a proposed thousand-acre riparian buffer that will protect Turkey Creek homes from flooding.

When they haven’t been busy rebuilding from disasters like Hurricane Katrina and the BP Deepwater Horizon oil spill, descendants of Turkey Creek’s founders have had to defend their town from commercial and real estate developers, and also from elected officials in both state and local governments. All of these politicians and prospectors have colluded at some point to erase the community from Mississippi cartography. These battles are chronicled in last year’s documentary Come Hell or High Water, and Grist has written a bunch about them as well.

It would be inaccurate to say that Turkey Creek’s resident defenders — environmental justice advocates like Derrick Evans, Rose Johnson, and Rev. Ed Moses, to name a few — have been fighting behind enemy lines, especially since the land has belonged to their families for generations. More accurately, their enemies drew lines around the defenders’ residences as if they never existed.

Given that reality, Turkey Creek’s survival strategy has involved making alliances with entities that some would consider ill-fitting. Evans and his fellow defenders have teamed up with historic preservationists and nature conservationists — the latter of whom don’t have the warmest history with African Americans. More controversially, Creek defenders have accepted the Five Star watershed restoration grant from Southern Company, even though the utility isn’t exactly known for cottoning to black communities’ best interests.

When I spoke with Evans yesterday, he insisted that joining hands with Southern Company on this one thing doesn’t signal naiveté or the enabling of greenwashing. Turkey Creek’s local watershed steering committee consists of long-time activists from veteran groups like the Sierra Club and the Audubon Society, along with the formidable Land Trust for Mississippi Coastal Plain, which has been instrumental in conserving the state’s wetlands, or what’s left of them, since 2000. These are no amateurs.

“It’s not a honeymoon,” said Evans of the relationship with Southern. “We have to agree to disagree on a point-by-point basis, but we are more than happy to get some of our tax dollars and utility bill dollars back [from Southern] in the form of this Five Star grant.”

It might still look like greenwashing to some, but for the aging residents of Turkey Creek, it’s also a demonstration of how a town that’s been drained of resources — by negligent political leaders and greedy developers — has still proven resourceful by banding with a company that is overpowering by many definitions.

And participating in Southern Company’s watershed program will not stop local activists from holding the utility’s feet to the fire on other matters. “You don’t want to disparage [Southern’s program] because it’s working in Turkey Creek to address sprawl and to stop accelerating displacement from environmental misbehavior,” said Evans. “But at same time, there is this global [climate] crisis, regardless of whether we restore a stream, wetlands or provide green space for people to live healthily and happily.”

The Five Star Urban Waters Restoration Program doesn’t call for top-down approaches or technocratic solutions to watershed problems. Instead, it seeks “to develop community capacity to sustain local natural resources for future generations by providing modest financial assistance to diverse local partnerships … .” Two of the listed criteria for the Five Star grants are that projects include “integrated education, outreach, and training … through broad community engagement activities” and that “community partners [unite] to achieve ecological and educational outcomes.”

To get the grant, you have to collaborate with a variety of stakeholders, not all of whom will be friends, and make sure the community is not just aware of plans, but is working in concert. For Turkey Creek, the community has led the discussion and been the primary architect of restoration efforts, says Evans. Few other marginalized groups around the nation can make the same claim, which is why the community has been willing to work with Southern on this one thing, despite the company’s sins, and sans absolution.

“It would be foolish for environmentalists or environmental justice activists to turn their back on the type of conservation work that the Five Star grant provides — it’d be like cutting off your nose to spite your face,” said Evans. “The challenge that we have, and that I hope we can be instructive in showing, is that this is the model of 21st century environmentalism, that we can be pragmatic and savvy about available resources without selling our souls or concerns about other issues like climate change. We are willing to thank and applaud Southern Company and EPA, but not at the same time to the effect that we can’t or won’t mention that Southern Company is also really, really fucking up the planet.”

The outcome for Turkey Creek is that not only does it still exist, when its eradication seemed inevitable at many points, but that it’s thriving. The Five Star grant is just one of many the community has used in an overall effort that has leveraged millions of dollars for the town and surrounding county. Residents have successfully lobbied to improve water quality criteria in the creek, and pushed the city of Gulfport and local landowners to hand over close to 500 acres of land for its greenway initiative. The federal Environmental Justice Interagency Working Group, which consists of representatives from every major Cabinet department and agency, will be convening this spring to figure out how to leverage even more resources for Turkey Creek.

EPA’s recognition of Turkey Creek’s efforts yesterday wasn’t to applaud any new venture, but rather to give props for the small town’s ability to stick this fight out for so long, by finding opportunities for problem solving and collaboration when and where it appeared none existed.

Environmental groups will have to find similar resolve over the next couple of years while navigating this climate-denying Congress. For them, 2015 will mean having fewer environmental allies among lawmakers than perhaps anytime in history.

For environmental justice activists, it will just be 2015 — not much different from any other year –working mightily to convince policymakers who are unconcerned with justice that justice matters, and that it not only matters, but also that it works. Turkey Creek can testify.