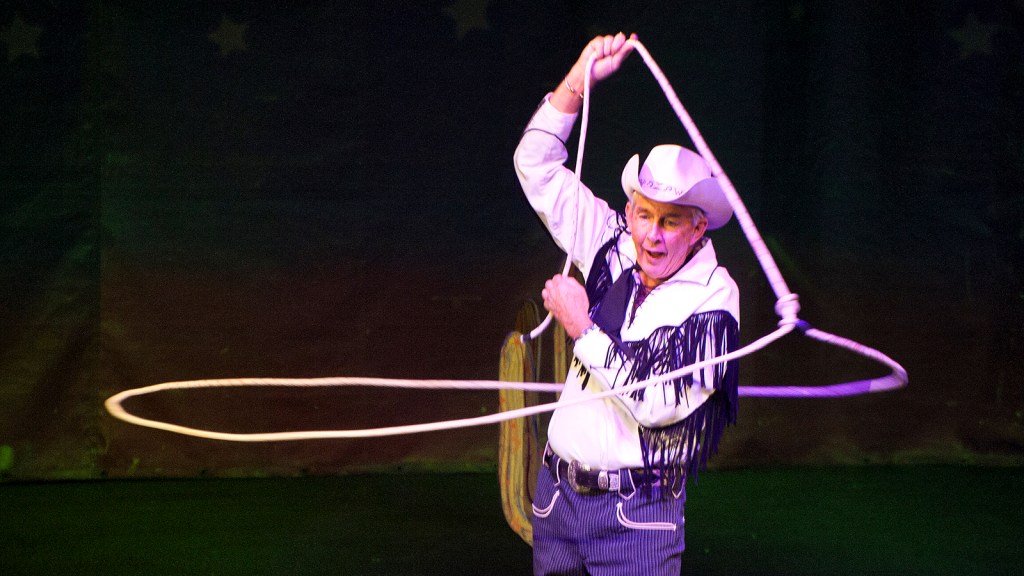 In the struggle over North America’s energy boom, some tales are more suitable for Broadway musical treatment than others. But could there be another story more perfect for song and dance than that of the race for North Dakota agricultural commissioner?

Now that North Dakota is producing more oil than some OPEC members, and oil companies are planning to drill 35,000 new wells across North Dakota in the next 15 years, the race for this relatively homespun political office has suddenly become the stuff of political melodrama.

On one side: Standing agriculture commissioner and Republican Doug Goehring, who has the backing of at least 10 oil companies or their executives — including Continental Resources Inc., Whiting Petroleum, and Marathon Oil — as well as a truly strange-sounding sexual harassment investigation in his recent past. From Reuters:

An investigation last year … found [Goehring] had asked a female staff member to step on his sore back to crack it and labeled women in his office his “harem.”

Goehring apologized, took a sexual harassment course and was cleared of misconduct by the state’s Department of Risk Management.

The “harem” comment was in poor taste and didn’t reflect his true feelings, Goehring said.

On the other side, we have organic rancher, former Democratic state senator, and Whole Foods supplier  Ryan Taylor:

“We want the oil, but we also want productive land when it’s all done,” Taylor said in an interview on his 2,900-acre ranch, dotted with scores of quietly grazing cows. He went on to say that if elected, “I’ll probably be looking at things in a more critical eye.”

His cows are quiet because they know he is just about to burst into song. What will he sing about? Perhaps his proposal that would require pipelines to be equipped with flow meters, to enable early leak detection. What rhymes with flow meter? Snow cheater? Crow leader? This is going to be great!

Broadway dreams aside, this story underscores how much the battle over America’s energy policy is being fought at the local level, especially those levels that involve zoning and permits. We’ve seen this play out in New York, in Nebraska and South Dakota, in Richmond, Calif., in Washington state, and in Maine. And we’ll be seeing it more in this next round of elections. Regional political races are becoming the new front lines of environmentalism.