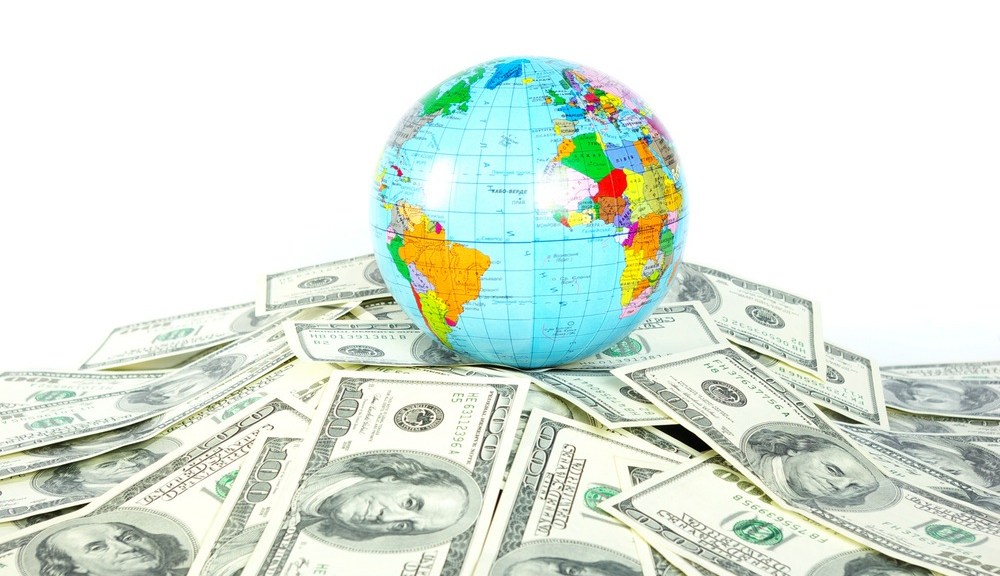 In the event those student loans weren’t enough to bring you down, a new study adds a hefty new bill to the ledger — and it’s of atmospheric proportions.

Writing in Nature Climate Change, H. Damon Matthews from Concordia University in Montreal argues that the fairest way to deal with climate finance (that is, of equitably balancing the international books in order to pay for climate change mitigation and adaptation) is to label individual countries as debtors and creditors and to calculate relative balances given their historic CO2 emissions. If you’re living in the U.S. or Australia, you’d owe a solid $12,000 under Matthews’ scheme: the atmospheric bill for all of those Furbies and Oreos and SUVs you bought between 1990 and 2013.

Well, you as in the person whose eyes are currently glued to Grist’s effortlessly compelling prose probably don’t owe anyone $12,000 (other than that loan shark), but you as in a representative humanoid slice of your country might. By benchmarking each country against an equal per-capita share of emissions over time, Matthews was able to calculate which countries had, given a 1990 starting point, emitted more than their fair share. New Scientist details his results:

He found that the US, for example, had over-polluted by a massive 100.3 billion tonnes of carbon dioxide between 1990 and 2013 – amounting to 300 tonnes per person. That’s about as much as is produced by driving a family car from Los Angeles to New York and back about 150 times.

And according to the US Environmental Protection Agency, each tonne of carbon dioxide produced today has a social cost of about $40, so the overall debt per person is US$12,000.

That social cost, however, is a pretty arbitrary number. A social cost captures both private costs and externalities, and environmental economists still have little idea of how to price the latter when it comes to carbon emissions. While the EPA might use that $40 figure, a new study, for example, arrived at a social cost of carbon of $220 per ton, which would place the per-capita U.S. emissions debt from Matthews’ study at $66,000. Just to make sure we’re on the same page of the ol’ checkbook, that’s the difference between $3.87 trillion and $21.3 trillion. It’s this kind of variance that makes rigorously conducting (and defending) carbon pricing studies so difficult.

And while studies like Matthews’ make for clean numbers, it doesn’t mean anyone will actually take his advice. Climate negotiators like those who will be meeting in Paris later this year tend to play by their own political rules. Here’s more from New Scientist:

“Having followed the negotiations for 20 years I can tell you now the parties will not accept a neat allocation of responsibility based on this kind of metric, although I think this is one of the fairest,” says Robyn Eckersley at the University of Melbourne, Australia.

Eckersley says each country pushes for a particular metric that downplays their own responsibility. But that doesn’t make the analysis pointless, she adds.

“They help society look more critically at what each country is doing and how they are hiding behind their cherry-picked metrics. That’s a really useful function,” she says. “These kinds of documents make it easier for people to judge contributions and raise these issues at a national level.”

In the meantime, the world’s developed countries still need to figure out how they intend on dumping $100 billion annually into the Green Climate Fund by 2020. As of now, we’ve reached about a tenth of that goal. Color me pessimistic, Jonathan Chait.

And as long as we’re talking debt, let this post serve as a brief reminder that you still owe me that lunch money from ’06. (Not you, Jonathan.)