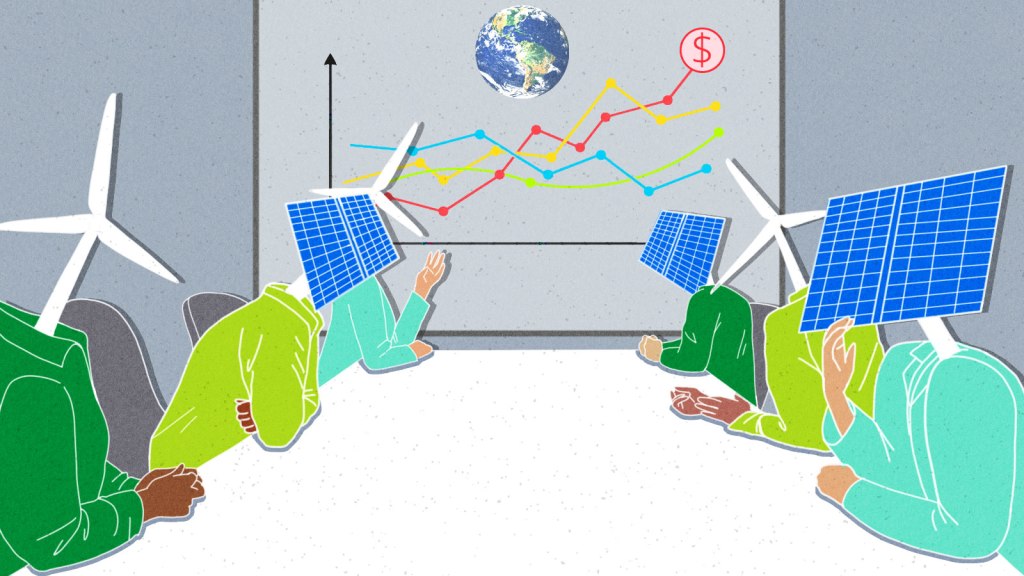 ‘Tis the season for so-called annual general meetings — typically the only time of year when company shareholders can meet with boards of directors, face to face, and ask questions or air grievances about how their money is being spent. In recent years, shareholder votes on company board elections and resolutions at these meetings have become a key tool for activist shareholders to pressure fossil fuel companies to do more to address climate change.

This year was different, of course, as virtual meetings due to the COVID-19 pandemic limited the window of opportunity for shareholders to speak to company boards. But voting, which was already largely electronic, was unaffected — and climate resolutions gained significant support.

Some of the first resolutions out the gate were also the most successful. In April, roughly half of shareholders in Australia’s two biggest oil and gas companies, Woodside Petroleum and Santos, voted in favor of climate proposals that called for the companies to set targets to reduce their “scope 3” emissions — which include the carbon footprint of all the oil and gas they sell.

While the resolutions were nonbinding, significant investor support for them puts companies in a tight spot. As Dan Gocher, from shareholder activist group the Australasian Centre for Corporate Responsibility, told the Guardian, “Until Woodside explains how its business will align with the goals of the Paris Agreement, the company will be in open conflict with the majority of its shareholders. This is an untenable position for the company.”

Scope 3 emissions have become a major sticking point in oil and gas companies’ climate plans. U.S.-based companies like Exxon and Chevron still deny that they should account for the emissions that come from customers using their products. But all of the European major players — BP, Shell, and Total — have acknowledged some responsibility for the products they sell. In the last few months, those three companies made a flurry of net-zero pledges promising that by 2050, they will take as much carbon out of the atmosphere as they put in, and they all include at least some of their scope 3 emissions in the calculus. These pledges rose out of pressure from shareholders — notably, 99 percent of BP’s shareholders voted in favor of a proposal asking it to disclose how its business aligns with the Paris Agreement last year. In the U.K., shareholder resolutions that gain majority support are binding.

Shareholders in U.S. companies are more limited in what they can ask for. For one thing, majority resolutions in the U.S. are not compulsory. But the voting process is also more regulated. This year, shareholders tried to get a proposal that Exxon develop scope 3 targets on the ballot, but the company was given permission by the Securities and Exchange Commission (SEC) to block it, in addition to blocking five other climate-related resolutions.

“The SEC has basically made it very hard to thread the needle on what is allowed,” Andrew Logan, the senior director of oil and gas at Ceres, a sustainable investing nonprofit, told Grist. Logan described the climate-related proposals that were blocked this year as a “trail of carnage” left by the SEC. Currently, the SEC is considering rule changes that could make it even harder to get climate resolutions on the ballot.

Thus, investors at Exxon and Chevron were forced into other avenues to raise concerns about climate change. The resolutions that made it onto the ballot focused on governance — seeking an independent chair for the board of directors, for example — and disclosure of lobbying activities. At the annual meetings for both companies on Wednesday, two of those proposals gained notable support.

At Chevron, while shareholders did not get a proposal on the ballot asking the company to align its greenhouse gas targets with the Paris Agreement, they were able to propose that Chevron show how its lobbying activities align with the Paris Agreement. Fifty-three percent voted in favor of it, including the world’s largest investor, BlackRock, which famously pledged earlier this year to put sustainability at the center of its investment strategy. While Chevron is not required to act on the proposal, the company said it would “carefully consider” the results.

At Exxon’s general meeting, BlackRock threw its weight behind a call for the company to elect an independent chair for its board of directors. Currently the position is occupied by Exxon CEO Darren Woods. BlackRock cited a “lack of progress on robust GHG emissions reduction target setting and disclosure” as “a symptom of board independence issues.” BlackRock also voted against reelecting two members of Exxon’s board, holding them accountable for a “lack of progress in driving greater action on climate risk.” Both members were reelected anyway, and the independent chair resolution only received 33 percent of the vote, but Logan of Ceres still counted it as progress.

“When the world’s largest investor cites a failure on climate risk in its votes against two members of your board and its vote to strip the CEO of its position as board chair, you know you’ve got a problem,” Logan said in a statement. “Exxon, as well as the rest of its investors, should hear this message loud and clear.”

It should be noted that BlackRock hasn’t voted in favor of all climate resolutions: It voted against a resolution on lobbying disclosures at Exxon’s general meeting, against an independent chair of the board at Chevron, and against the Scope 3 proposals at Woodside Petroleum and Santos’ general meetings.

Even though companies across the pond have made bolder pledges on climate, some shareholders say they are still not aggressive enough. There’s something to that — a recent analysis found that every European oil and gas major’s net-zero pledge falls short of aligning with a scenario where we limit global warming to 2 degree C (3.6 degrees F), the goal set by the Paris Agreement. At Shell’s annual meeting, the activist investor group Follow This called for the company to set concrete short, medium, and long term greenhouse gas targets in line with the Paris Agreement, including absolute scope 3 reductions. The resolution elicited the ire of the Shell board of directors, who called it “unnecessary and counterproductive,” insisting the company’s new net-zero plan already fits the bill. But 14 percent of Shell’s shareholders voted in favor of it, up from 5.5 percent who supported the same resolution last year.

“That investors are willing to support scope 3 proposals at companies that are otherwise seen as leaders in the sector shows that the bar for performance has gone up,” said Logan. “I hope it’s not too late, but it’s certainly a welcome development.”