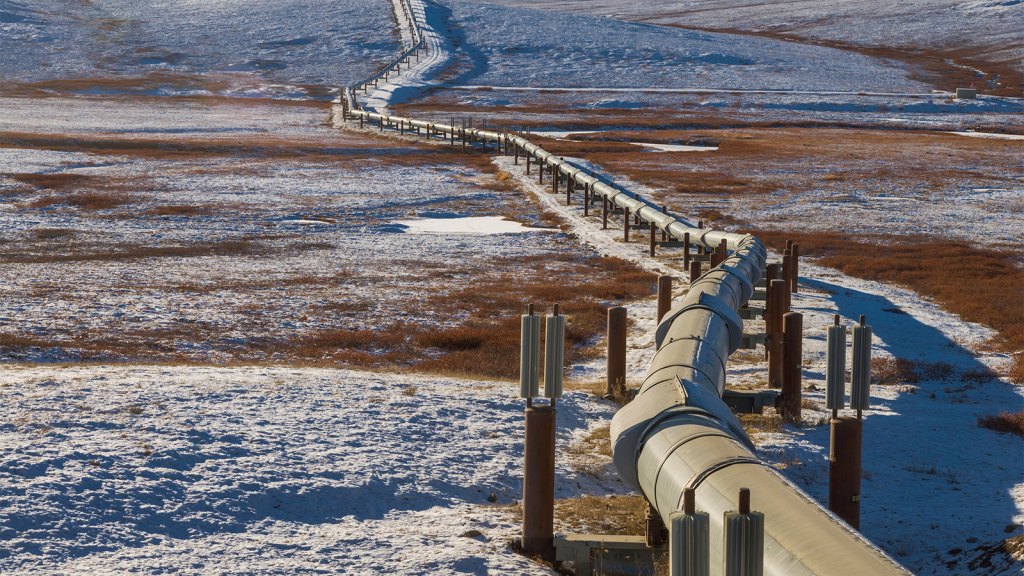 Living on a heating planet always comes with some ironies. For one thing, the people who are most to blame for global warming (the rich and powerful) are also shielded from its worst effects. Meanwhile, airlines push fossil-fuel burning tourist flights to see Antarctica’s melting ice, and cruise companies hype energy-intensive trips to see polar bears in the Arctic before they’re gone.

The latest plan by ConocoPhillips may top them all. The Houston-based energy giant plans to produce 590 million barrels of oil from a massive drilling project in Alaska’s National Petroleum Reserve. But climate change is melting the ground in the reserve so fast that the company may be forced to use chilling devices to keep the ground beneath roads and drilling pads frozen.

Yes, you read that right: An oil company is prepared to freeze melting permafrost in order to keep extracting oil. And it just so happens that ConocoPhillips is ranked 21st among the 100 companies responsible for most of humanity’s carbon emissions over the past several decades.

Cooling devices known as thermosiphons aren’t new. They’ve been used in Alaska for decades to protect roads and houses built on melting and subsiding ground. Long tubes half-buried in the ground, they contain an evaporating gas that transports heat out of the ground into the cooler air. But as the Arctic heats up — it’s currently warming two to three times faster than the rest of the planet — they might become a more common tool of oil companies desperate to extract more fossil fuels, which will, in turn, heat things up even more.

According to a final environmental impact statement released last week by the Bureau of Land Management, temperatures in Alaska are expected to increase between 2 and 4 degrees Fahrenheit by 2050, endangering the normally frozen soils known as permafrost that hold billions of tons of ancient organic carbon. If permafrost melts across the Arctic, it could create a dangerous climate “feedback loop,” in which carbon released from the permafrost spurs warming, which in turn melts more permafrost … and so on.

ConocoPhillips has pledged to use thermosiphons as well as thick gravel roads to protect melting permafrost, while acknowledging that the drilling project itself could endanger the delicate soil. That risk, however, doesn’t appear to be holding back the Bureau of Land Management, which is expected to move ahead on the project after a 30-day comment period. A spokesperson for the BLM told Bloomberg Law that oil drilling is “vital” to meeting America’s energy needs.

The Trump Administration has pushed Arctic drilling wherever possible: On Monday, the Interior Department finalized a plan to allow oil development in the Arctic National Wildlife Refuge.

As the once-frigid poles of the planet warm up, expect to see more bumps in the road for fossil fuel development. Melting ice has made it easier for fossil fuel tankers to ferry natural gas across the Arctic, but offshore drilling has been stymied by a lack of ice to build roads and platforms on. Maybe, if fossil fuel companies don’t want to deal with melting ice, they could just … not drill for oil?