Bloomberg stays out of presidential race to prevent President Trump 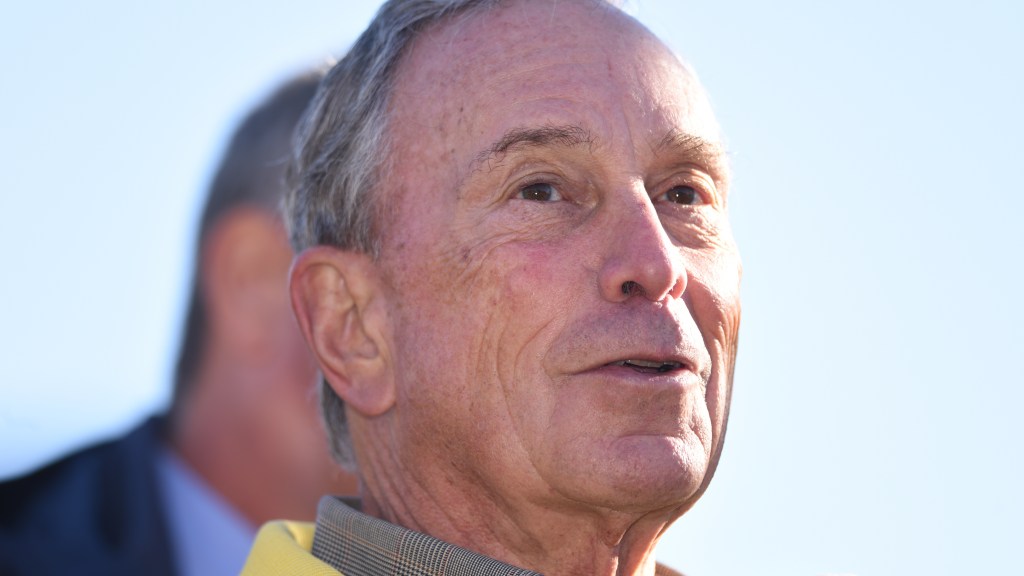 Bloomberg stays out of presidential race to prevent President Trump

Mike Bloomberg, the eighth-richest person in America and former mayor of New York, announced Monday that he will not be entering the presidential race as a third-party carndidate, despite some speculation. Bloomberg joins a long list of figures who will not be running for president this year, including Al Gore, Ross Perot, and Frank Underwood. Now, this isn’t because he doesn’t think he’d make a great president — he does — but because Bloomberg, unlike some people, knows he just can’t win.

In a statement on BloombergView, a website that is not normally about Bloomberg’s views, the former mayor writes:

[W]hen I look at the data, it’s clear to me that if I entered the race, I could not win. I believe I could win a number of diverse states — but not enough to win the 270 Electoral College votes necessary to win the presidency.

In a three-way race, it’s unlikely any candidate would win a majority of electoral votes, and then the power to choose the president would be taken out of the hands of the American people and thrown to Congress. The fact is, even if I were to receive the most popular votes and the most electoral votes, victory would be highly unlikely, because most members of Congress would vote for their party’s nominee. Party loyalists in Congress — not the American people or the Electoral College — would determine the next president.

As the race stands now, with Republicans in charge of both Houses, there is a good chance that my candidacy could lead to the election of Donald Trump or Senator Ted Cruz. That is not a risk I can take in good conscience.

Bloomberg then goes on to discuss Trump, who, he writes, “appeals to our worst impulses” by campaigning on platform of racism, xenophobia, and fear. “We cannot ‘make America great again’ by turning our backs on the values that made us the world’s greatest nation in the first place,” Bloomberg writes. “I love our country too much to play a role in electing a candidate who would weaken our unity and darken our future — and so I will not enter the race for president of the United States.”

Thank you, Mayor Bloomberg, for not increasing the likelihood of a president who believes that climate change is a giant, homosexual agenda–level hoax. Maybe he listened to our own Ben Adler, who wrote a post a month ago headlined, “If Mike Bloomberg really cares about climate change, he won’t run for president.”

Because, even though Bloomberg is an unfettered capitalist who trampled on the rights of protesters and subjected black and Latino men to racial profiling and aggressive policing when he was mayor, he does in fact really care about climate change. He’s far more passionate and engaged on the issue than someone who definitely is running for president, Hillary Clinton.

So is it unequivocally a good thing that he’s out? A candidate Bloomberg might have elevated climate change as a critical issue, and pushed other candidates to discuss it in more depth, particularly if he got himself into general election debates with the Democratic and Republican nominees. As it is now, the Republican debates have neglected climate change almost entirely: Donald Trump’s dick has gotten more airtime than the most pressing challenge of our era. But more conversation wouldn’t do much good if the ultimate outcome were a hardline denier in the White House.

As it is, we’ll never find out if Bloomberg’s run would have jumpstarted a national conversation on climate change or paved the way for President Trump. For now, Bloomberg has declined to endorse a candidate, so we don’t even know where he’ll be putting his vote instead — or, for that matter, his money.

Bloomberg ends his essay with a note on the importance of voting, and he urges all voters to demand “the honest and capable government we deserve.” Unfortunately, we probably deserve Trump, as people keep voting for him. Let’s hope we get one better.