At least a couple GOP presidential contenders accept climate science, and that matters 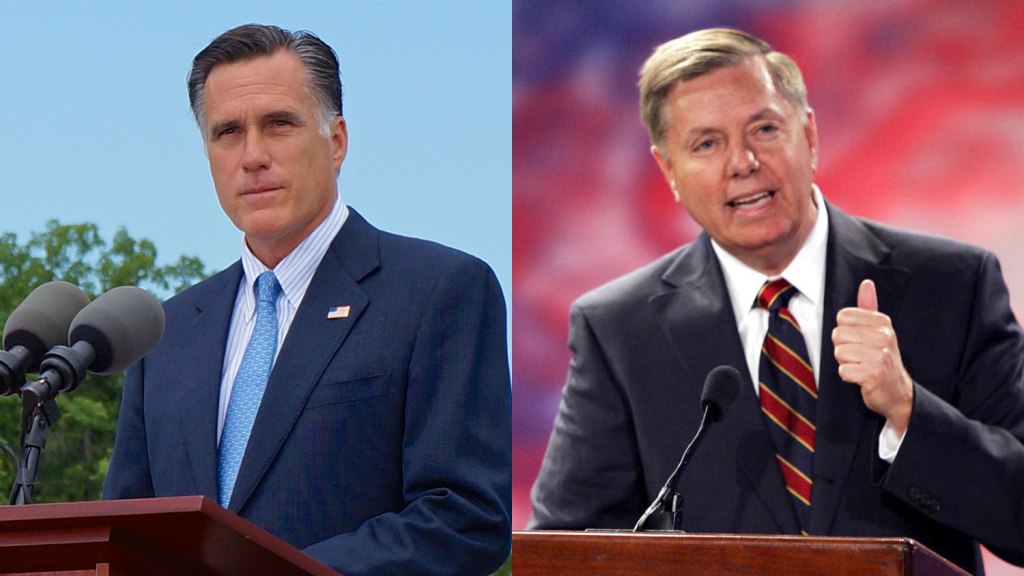 At least a couple GOP presidential contenders accept climate science, and that matters

Even by the standards of Mitt Romney, Mitt Romney has had a lot of positions on climate change. In 2008, when Republicans were allowed to accept the enormous evidence of anthropogenic climate change, he did. In 2011, when Rush Limbaugh declared Romney ineligible for the Republican nomination unless he recanted his climate heresy, Romney obediently shifted from saying that climate change is caused by humans to minimizing its human causes, and then to denying that we know anything about the causes at all.

Now Mitt Romney is talking about running for president again and he has unflipped his flop. Speaking at Brigham Young University on Tuesday, Romney said he not only accepts the reality of climate change but actually wants to do something about it. The Deseret News reports that Romney “tackled climate change, describing himself as ‘one of those Republicans’ who believe the world is getting warmer and people contribute to the temperature changes and calling for ‘real leadership’ to deal with coal emissions.”

It’s hard to imagine what Romney means by “real leadership” on coal emissions. Does he think President Obama is too soft on coal? That the EPA’s Clean Power Plan to reduce CO2 emissions from coal-fired power plants isn’t “real leadership”? Some environmentalists say the EPA’s proposed rule doesn’t go far enough, but Romney is no environmentalist. During the 2012 campaign, Romney repeatedly attacked Obama in speeches and campaign ads for being too hard on coal. Campaigning in Ohio, for example, Romney accused Obama of “waging a war on coal.” “We have 250 years of coal,” he said. “Why in the heck wouldn’t we use it?” At one of their debates, Romney told Obama, “I like coal. People in the coal industry feel like it’s getting crushed by your policies.” In fact, in the very same October 2011 question-and-answer session in which Romney claimed that we don’t know the cause of climate change, he explicitly said, “the EPA should not be regulating carbon dioxide.” So has he changed his mind about that again too? If not, his call for “leadership” is just hot air.

But it’s still better for Romney to pander toward the reality-based middle than the irrational right wing. It’s tempting to just feel disgusted by Romney’s constant, totally shameless shifting. Instead greens should be pleased to see Romney standing up for sound science.

Likewise, they should be excited to see that Sen. Lindsey Graham (R-S.C.) announced that he has filed paperwork with the IRS to form “a testing-the-waters committee” to explore a presidential run. On Tuesday, Graham was one of only five Republican senators to vote for an amendment proposed by climate hawk Sen. Brian Schatz (D-Hawaii) declaring that climate change is real and “human activity significantly contributes” to it.

Graham, like Romney, is an oleaginous opportunist. He joined the negotiations over a possible cap-and-trade bill in 2009-2010 and demanded enormous concessions and payoffs for the oil, nuclear, and trucking industries as conditions of his support. Then he abandoned the bill anyway. Just a few months later, Graham joined his party’s ignorance brigade, saying, “The science about global warming has changed. … I think they’ve been alarmist and the science is in question.” Now that Republicans are feeling pressure to sound more serious on climate change, he’s swinging back to reality.

It is important that Republicans have presidential candidates who currently accept climate science. Without Romney or Graham taking up that mantle, there may not be anyone who will. That would be another step backward for a party that had multiple candidates who accepted climate science in 2008, and one, Jon Huntsman, in 2012. The other likely 2016 Republican contenders, except for New Jersey Gov. Chris Christie and Ohio Gov. John Kasich, have denied the scientific consensus or avoided the issue altogether. Kasich may not run, and Christie has been moving rightward on environmental issues.

There is little to no chance that the eventual Republican presidential nominee embraces climate action in the way that Sen. John McCain (R-Ariz.) did when he ran in 2008. The GOP has moved far to the right, its vision distorted by its hatred of Obama. McCain himself is Exhibit A. He opposed his friend Graham’s cap-and-trade ideas in 2010 even though they were similar to McCain’s own former campaign platform. This week, McCain joined the vast majority of his Republican colleagues in voting against Schatz’s amendment.

Graham is much too pragmatic and reasonable for today’s Republican presidential primary electorate. He stands no chance of being the nominee. Romney could conceivably win the nomination, but he’d almost certainly have to throw science overboard again to do so.

The GOP base is not going to change its mind about climate science any time soon. These are people who reject evolution, and they’ve had 100 years more to reconcile themselves to that scientific reality. Instead, the Republican political leadership will accept action to reduce emissions when they have become convinced that it is necessary to win general elections, and they have persuaded their base to grudgingly accept this compromise in order to win power, like what happened when Democrats supported the tough-on-crime, welfare reformer Bill Clinton. Romney’s current positioning might be a sign that he thinks this time has now come, but the base and right-wing media have yet to catch up. Republicans might have to lose more presidential elections before they nominate a candidate who calls for fighting climate change.

Most independents already support climate action. But for Republicans to fear losing elections over the issue, independents must view denying climate science as a sign of unacceptable extremism. And how do swing voters, who are mostly low-information voters, determine what constitutes extremism? By looking to the major parties. They assume the middle ground is halfway between each party’s mainstream. If Republicans as a whole deny climate science and Democrats accept it, then it seems like just another partisan issue. But if mainstream Republicans come to accept climate science, then the center moves and denying climate science becomes extreme. And so it is essential that as many mainstream Republicans as possible accept climate science. That is how low-information swing voters will realize just how batty it is to reject the overwhelming scientific consensus. And if nothing else, Romney and Graham are helping that process along.