Mounties claim anti-oil activists are a threat to Canada 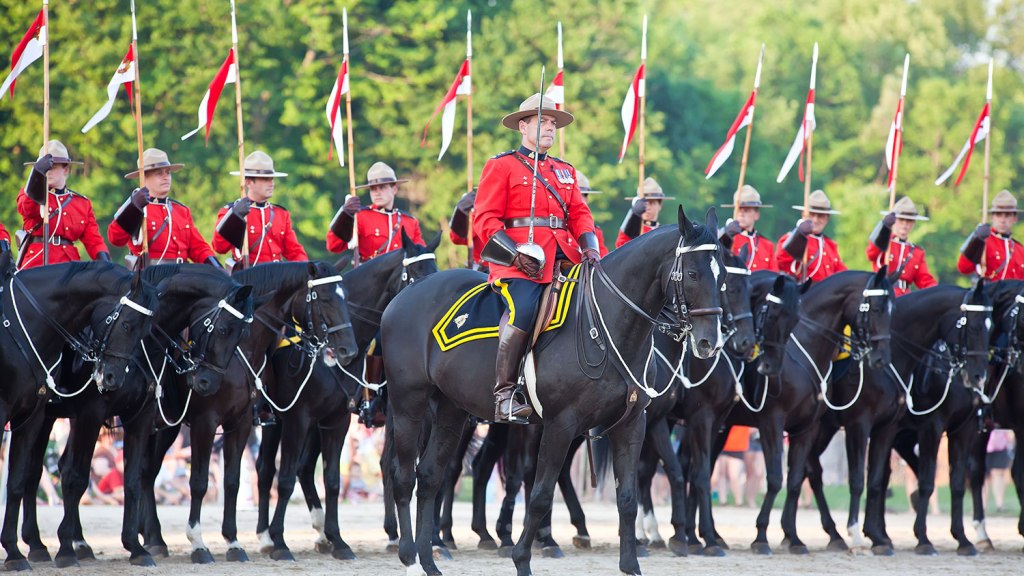 Mounties claim anti-oil activists are a threat to Canada

If you consider yourself part of the “anti-petroleum movement,” you’ve joined ranks with violent individuals who pose a threat to Canadian security, and who warrant close scrutiny from the intelligence wing of the Royal Canadian Mounted Police.

That’s the main thrust of a “protected/Canadian eyes only” document from January 2014. It was obtained by the French-language Canadian newspaper La Presse. Shawn McCarthy reports, in English, for the Canadian Globe and Mail:

In highly charged language that reflects the government’s hostility toward environmental activists, an RCMP intelligence assessment warns that foreign-funded groups are bent on blocking oil sands expansion and pipeline construction, and that the extremists in the movement are willing to resort to violence.

“There is a growing, highly organized and well-financed anti-Canada petroleum movement that consists of peaceful activists, militants and violent extremists who are opposed to society’s reliance on fossil fuels,” concludes the report which … was obtained by Greenpeace.

“If violent environmental extremists engage in unlawful activity, it jeopardizes the health and safety of its participants, the general public and the natural environment.”

While painting environmental activists as a violent threat — referring specifically to Greenpeace, Tides Canada, and Sierra Club Canada — the report also casts doubt on their motivations. More from The Globe and Mail:

The report extolls the value of the oil and gas sector to the Canadian economy, and adds that many environmentalists “claim” that climate change is the most serious global environmental threat, and “claim” it is a direct consequence of human activity and is “reportedly” linked to the use of fossil fuels.

Never mind that the vast majority of scientists make the same wacky claims.

The report also suggests that the anti-petroleum crowd is doing the bidding of foreign funders, a claim also made recently by Canadian politicians. (Governments in countries with murkier records on freedom of speech than Canada sometimes use similar logic to stymie their own domestic environmental activists. See: Russia, India.)

Activists in the U.S. are under increased scrutiny too. As Grist’s Heather Smith wrote last week, the FBI has been contacting American anti–tar sands activists at home, at work, and at their parents’ houses. Many of the activists had blocked roads in the U.S. while trying to prevent the movement of oil-extraction equipment headed for the Canadian tar sands. Larry Hildes, a lawyer representing a number of these activists, told Smith that it was unclear what the agency was up to.

Conservatives in the Canadian parliament have, meanwhile, been pushing a bill that would expand the country’s intelligence agency’s ability to investigate “activity that undermines the security of Canada,” potentially through “interference with critical infrastructure.” Though the bill is ostensibly aimed at targeting Islamic fundamentalists, it could also allow the government to keep closer tabs on environmental groups. And now this leaked document may be an indication of an intelligence community that is gearing up to get more aggressive.

“What is genuinely alarming about the RCMP document is that, when combined with the proposed terrorism bill, it lays the groundwork for all kinds of state-sanctioned surveillance and ‘dirty tricks,’” Keith Stewart, a climate campaigner for Greenpeace, wrote in a blog post. Considering that Canadian Prime Minister Stephen Harper is a climate denier known for muzzling scientists in his own government, we wouldn’t put any dirty tricks past him.