GMO labeling initiative heads to the ballot in Oregon 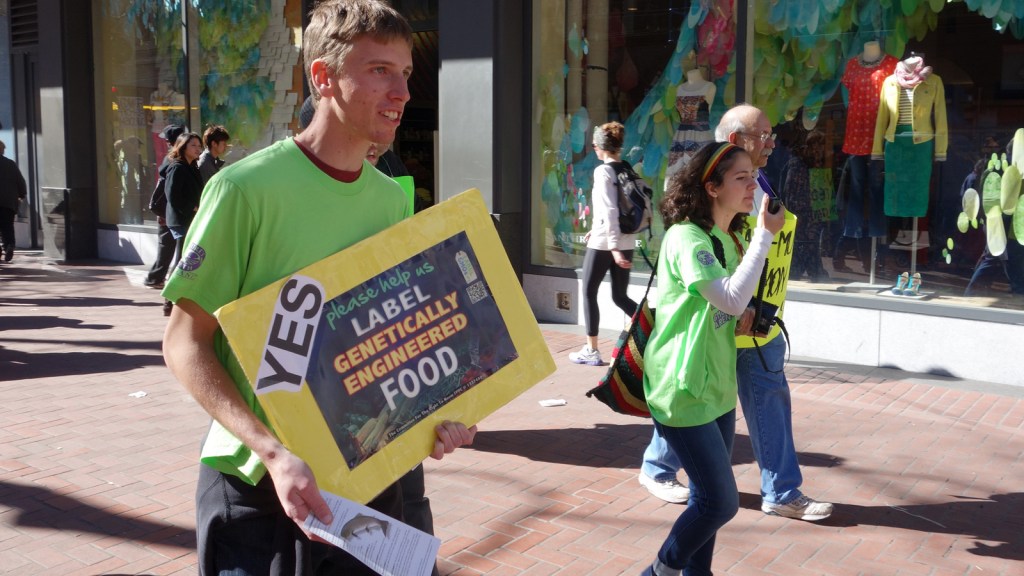 Steve Rhodes
Put a label on it

GMO labeling initiative heads to the ballot in Oregon

More than enough Oregon voters have given their signatures to get a GMO-food labeling initiative on the ballot in November, according to the Center for Food Safety.

Three New England states — Connecticut, Maine, and Vermont — have all succeeded in passing labeling bills through their legislatures in the past year, but in the rest of the country, legislative efforts as well as ballot initiatives have so far failed.

After the Washington measure failed, I wrote:

Advocates in Oregon are already preparing a similar initiative for the 2014 election in that state. If the pattern holds, we’ll see widespread support early on (they’ll have no trouble getting the signatures necessary to put it on the ballot). Then the food industry will wade in and begin buying up advertising slots, and sentiment will shift. In the end, the proposition will lose by a couple of points.

Now, this isn’t quite doing the same thing over and over again and expecting different results, to paraphrase Einstein. We are dealing with probabilities here — every election is a roll of the dice. Still, I hope that the organizers of the Oregon initiative have learned from previous defeats and plan to do some things differently. (They didn’t respond to email and their voicemail hasn’t been set up.) It gets boring for us journalists to watch history repeating itself.

There are, at least, some tweaks. George Kimbrell, senior attorney for the Center for Food Safety, coauthored the Oregon initiative and tried to get the wording just right so as to preempt talking points that have been used by critics against other ballot initiatives. Opponents had argued that these measures, because they allowed enforcement through citizen lawsuits, would provide a bonanza for lawyers. The Oregon initiative says specifically that farmers cannot be sued, and it does not allow lawyers to collect damages (here’s the text). “There is reimbursement for fees and costs,” Kimbrell said, “but I can tell you from personal experience, you don’t make any money that way.”

After the labeling initiative went down in California, Tom Laskawy wrote, “You could even argue that the whole process was more about ‘sending a message’ to food companies and politicians than it was about making sound policy.” Basically, he argued, the ballot measure was a means of last resort, a sort of protest:

This is the kind of policy that should be addressed through careful negotiation by regulatory agencies and possibly legislation on the national level. But those paths are totally blocked to reformers at the moment by the same companies who fought so tenaciously to kill Prop 37.

So advocates use the tools they have, make some trouble, and hope for the best.

That makes a lot of sense, and in a way I admire the “once more into the breach” doggedness. I just question whether it’s a good use of effort and money. In 2013 and so far in 2014, there have been 70 bills or initiatives regarding genetically engineered food introduced in 30 states, Kimbrell said. I do think that labeling could provide a pressure-release valve for all the craziness surrounding GMOs, but I have yet to see good evidence that labeling or banning these crops would give us a more equitable and sustainable food system. What if we used all this political capital to ensure that low-income people were getting healthy food, or better protect farm and food-service workers, or replicate British Columbia’s economy-boosting carbon tax?