Debate moderators should ask Hillary and Bernie about climate plans 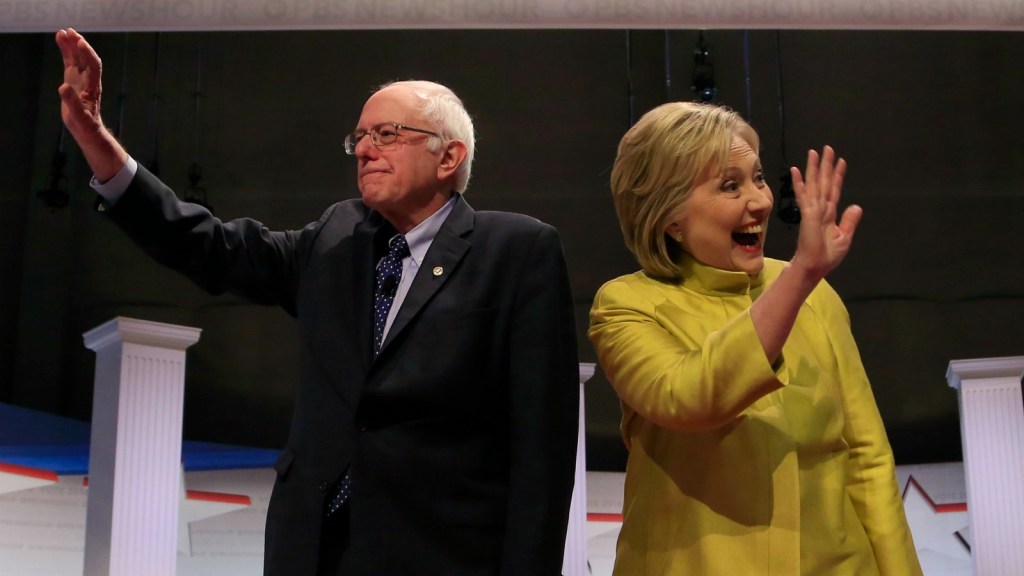 Debate moderators should ask Hillary and Bernie about climate plans

If human civilization were facing a potentially existential threat, you’d probably want to know about what our leading candidates to run our country thought about it, right?

There was no question on climate change during Thursday night’s PBS-sponsored Democratic debate in Milwaukee, Wis. This, despite the Supreme Court dealing a meaningful, though likely temporary blow to the centerpiece of Obama’s climate policy on Tuesday and a defiant President Obama including a sweeping set of proposals to transition the nation’s transportation sector toward fossil-free sources of energy in his annual budget proposal on Wednesday.

Apparently, so do voters. In a Quinnipiac poll released on the day of the Iowa caucuses, 11 percent of likely Democratic caucus-goers ranked climate change as their top issue, third only to the economy (36 percent) and health care (22 percent). Climate change ranked higher than terrorism, immigration, and gun policy combined. And caucus-goers who listed climate as their main concern broke for Sanders by a whopping 66 to 30 margin, almost certainly making the race there closer.

Perhaps one of the reasons climate doesn’t come up more in the debates is the conventional wisdom that Clinton and Sanders basically agree on the issue. But that’s simply not true. There are substantial differences between the two candidates.

Both agree that climate change is real and not a massive conspiracy between scientists and the government so that nerds can get rich stealing tax dollars. Both want to cut subsidies to fossil fuel companies and shift the country toward renewable energy (though neither to the level scientists say is necessary). At this point, these are basic staples of Democratic Party orthodoxy — and what casual observers already know.

Their differences, though, are substantial: Sanders’ climate plan is much more comprehensive than Clinton’s and will reduce greenhouse gas emissions at a faster rate. He’s forcefully linked climate change and terrorism. He’s staunchly opposed to continued fossil fuel exploration on public lands and has vowed to ban fracking outright, a stance Clinton doesn’t share. His focus on ridding politics of corporate lobbyists is a swipe against Clinton, whose campaign has taken money from fossil fuel companies. On the flip side, unlike Clinton, Sanders wants to phase out nuclear energy, a position that many scientists and environmentalists increasingly don’t share, given the need to transition toward a zero carbon economy as quickly as possible.

As for Clinton, though her presidential campaign was launched with a historic focus on climate, when she talks about climate change, it often feels like she’s playing catch-up. In recent months, Clinton has shifted her position to be more hawkish on Arctic drilling, the Keystone pipeline and on restricting fossil fuel exploration on public lands, likely in response to pressure from Sanders and voters.

When Sanders won New Hampshire this week, he devoted a big chunk of his victory speech to climate change. When Clinton conceded, she didn’t mention it once. Meanwhile, on the Republican side, the New Hampshire winner (Donald Trump) is a climate conspiracy theorist. People often ask me if I feel hopeless about climate. Only when it’s not taken seriously.