Can we stop stupid politics from ruining carbon farming? 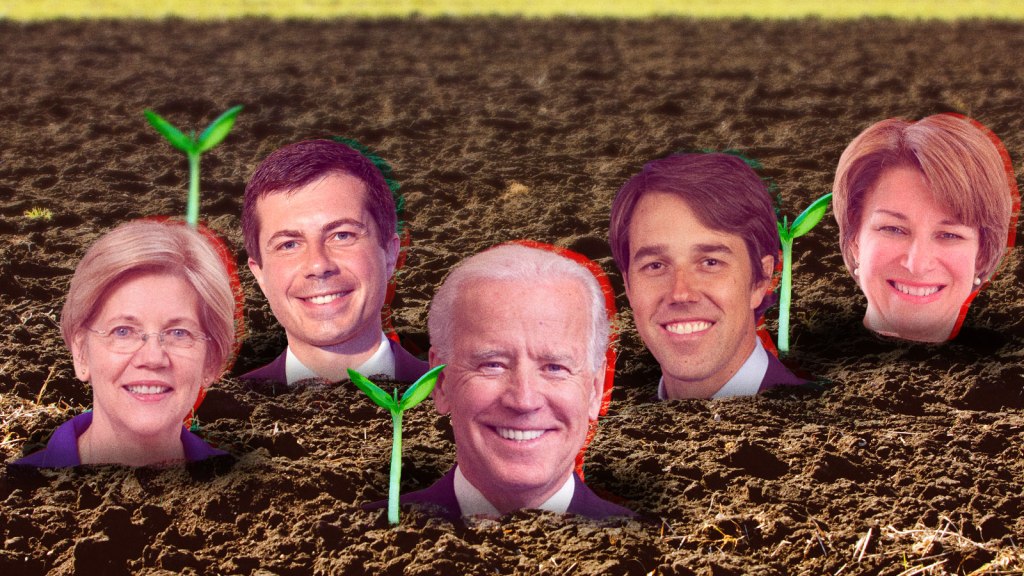 Can we stop stupid politics from ruining carbon farming?

It seems like every Democratic presidential candidate wants to get farmers sucking carbon out of the air and sticking it in the ground. Call it regenerative agriculture, carbon farming, soil carbon sequestration, but, boy have the candidates found an idea they love. Among the more popular names, Elizabeth Warren, Pete Buttigieg, Bernie Sanders, Beto O’Rourke, and Joe Biden, have included it in their platform. Kristen Gillibrand, Tim Ryan, and Amy Klobuchar have also said they want to pay farmers to catch carbon.

The science is straightforward enough. Planting a cover crop after harvest, when the acres might be bare and vulnerable to erosion, helps capture carbon. Farmers can keep that greenhouse gas in the ground if they stop plowing, because turning over the dirt with a plow releases soil carbon. These are relatively simple practices that many farmers have already adopted.

We’ve treated soil-science like dirt for too long, so it’s nice that it’s finally getting the chance to star in shovel-ready (sorry) national policy proposals. But there’s still reason for caution: Politics has a way of distorting science.

Look back twenty years and everyone was excited about biofuels: Presidential candidates talked about how we could grow green fuel provide new markets for farmers, while freeing ourselves from foreign fossil fuels. And the plants would suck carbon from the air. What’s not to love?

Starting in 2005, the government enshrined market mandates to help people start turning crops into fuel. Farmers cut down rainforests in Southeast Asia to grow oil palm for biofuel. Although the new market for corn and soy beans was great for Midwestern farmers, it was awful for those trying to stop erosion, preserve prairie habitat, and shrink the deadzone in the Gulf of Mexico. At this point, it’s nearly impossible to tell if biofuels are any better or worse for the climate than gasoline.

So if we want to learn from history, rather than repeat it, we’ll tamp down the hyperventilation over soil carbon, make sure we get the numbers right, and look out for unintended consequences.

Right now, the presidential candidates are talking in vague terms. Sanders’s plan, for instance, says the government will “pay farmers $160 billion for the soil health improvements they make and for the carbon they sequester.” O’Rourke’s just says he wants to “allow farmers and ranchers to profit from the reductions in greenhouse gas emissions they secure.” But as these ideas morph from Iowa stump speeches to actual legislation, keep an eye out for some potential stumbling blocks:

It’s uneven. The amount of carbon you draw out of the atmosphere with, say, your winter cover crop depends on how long your fields are frozen, how sandy your dirt is, how many worms are squirming in your soil … and that’s just for starters. So if the point is to fight climate change, proposed policies should pay farmers for results (the amount of carbon dioxide they take out of the air), rather than paying for practices (like planting a cover crop), said Jonathan Sanderman who studies soil carbon and climate change at Woods Hole Research Center.

Returns diminish. As soils “fill up” with carbon it gets harder to add more. Soil gets saturated. Navin Ramankutty, who studies global food systems at the University of British Columbia, thinks of soil like a bathtub: If there’s more water coming through the faucet then leaving through the drain, the water rises. Replace “water” with “carbon” and you get the idea. Eventually the carbon is going to start spilling over the top of the tub. “So, while carbon farming is certainly a useful measure to mitigate carbon emissions, it’s a solution with a finite lifetime,” Ramankutty said.

Keep it in the ground. Once carbon is in the ground, it doesn’t just stay there. Soil is churning with worms, fungi, bugs, and bacteria that eat up, transform, and release carbon back into the air. It really is dynamic, like Ramankutty’s bathtub. If farmers decide to plow up fields after years of sequestration, it would release a lot of the stored carbon. “How you deal with this is clearly a tricky policy problem,” Sanderman said. Perhaps, when agreeing to take money for carbon sequestration, farmers would have to accept restrictions on their land for the next decade.

It could crowd out other ideas. How much will carbon farming cost taxpayers, and are there other ideas that — for the same cost — would take even more greenhouse gases out of the air? Expanding forests, growing seaweed, or scrubbing carbon from the air might make more sense in some cases. Could we replace a coal plant with clean energy for the same amount of money and prevent more emissions in the first place? The danger of the latest sexy policy is that it tends to take precedence in every context, not just the ones in which it makes the most sense.

Candidates break hearts. Some of the candidate’s proposals use unrealistically large numbers for the carbon that farming could suck up, said Mark Bomford, director of Yale’s Sustainable Food Program. “I suspect this overstatement has less to do with misunderstanding the science, and more to do with what inevitably happens to communication of the science when it enters the arms race of political rhetoric,” Bomford said.

It just sounds better to say that an acre of farmland can suck up 25-60 tons of carbon a decade, as ex-candidate Jay Inslee did, then to say 7.4 tons per decade, which is the consistent average, Sanderman said.

All this is to say we ought to be a little wary of ambitious soil-policy solutions for climate change. Anyone who says we’ve figured out carbon farming (or whatever your buzzword of choice) deserves your skepticism. But the nice thing about about these proposals is that minimizing tillage, planting cover crops, and the other practices that store soil carbon are generally good for the environment — even if they don’t do as much to stem the climate crisis as advertised.