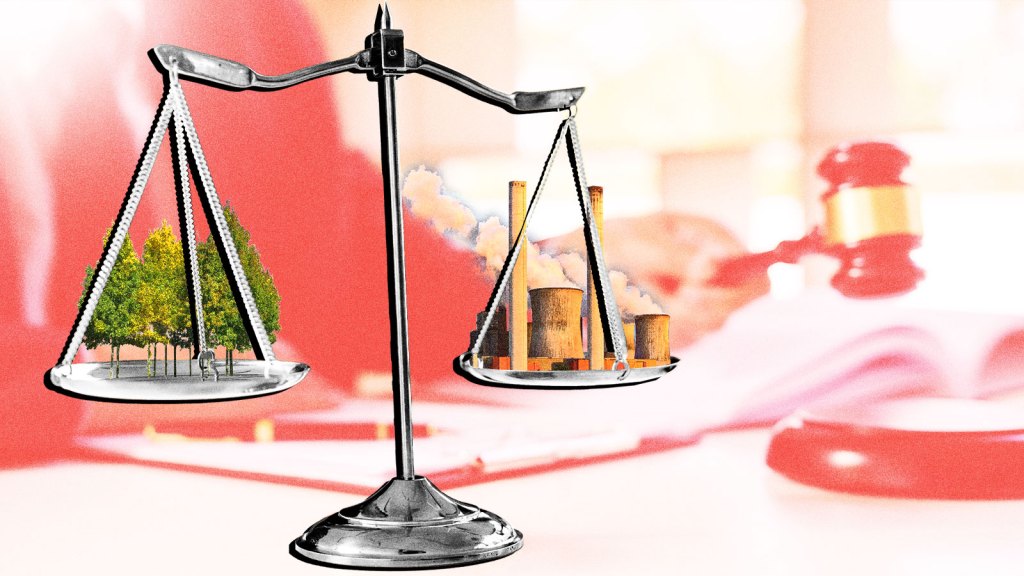 The past year has seen an explosion in the number of companies announcing they are now “net-zero” or “carbon neutral,” or at least plan to be in the next 30 years. Unilever, Uber, and Facebook are just a few of the recent additions to the club, and even major oil companies like BP and Shell say they are on board. If you’re rolling your eyes and thinking this is just the latest PR stunt, you’re not wrong — if you read the fine print, companies have defined those terms for themselves in a number of different, and often not very meaningful, ways.

But you’re also not entirely right, because “net-zero” is more specific than “sustainable” or “eco-friendly.” It’s measurable, at least in theory. At the most basic level, net-zero means that a company (or state, or country) has reached a point where it doesn’t put any more carbon into the atmosphere than it takes out. And it’s a crucial metric for staving off the most catastrophic effects of climate change. In 2018, a groundbreaking report from the U.N.’s Intergovernmental Panel on Climate Change found that the world’s best chance of limiting warming to 1.5 degrees C over pre-industrial levels is by cutting emissions nearly in half by 2030 and zero-ing out the rest by 2050. If every company has a different idea about what net-zero means and how to get there, that chance could soon slip out of reach.

New efforts are emerging to try to vet these claims and make them easier for people to understand. Last week, the Science Based Targets initiative (SBTi), a collaboration between several major international environmental nonprofits that helps companies align their emissions reduction goals with the Paris Agreement, announced they planned to create a global standard for corporate net-zero pledges.

“The reality is that targets usually, and especially public announcements, don’t have the level of detail that is needed to be able to assess if a target is good enough or not,” said Alberto Pineda, the director of Science Based Targets at CDP (formerly the Carbon Disclosure Project), one of the nonprofits working on the initiative. The group is just beginning to develop the standard, but Pineda said the end result will likely ensure that companies account for parts of their business that often get ignored and also require them to set clear targets to reduce emissions.

Net-zero plans can include cutting emissions by improving energy efficiency or switching to renewable energy. For most companies, it also involves purchasing carbon offsets or investing in carbon removal to “neutralize” any remaining emissions. That may take the form of sequestering carbon in trees and soil; carrying out projects that lead to “avoided” emissions, like capturing methane from a landfill; or using machines to suck CO2 directly from the air. But while net-zero may sound like a simple calculation of inputs and outputs, companies are twisting the math in a few common ways that SBTi is aiming to address.

The emissions companies are ignoring

One common shortcoming with corporate pledges, Pineda said, is that they don’t account for all the emissions the company is responsible for. For example, Google has been “carbon neutral” since 2007, but that label only applies to the company’s offices, data centers, and employees’ commutes and business travel. Those activities make up just 27 percent of Google’s annual contribution to climate change, according to data the company disclosed to CDP in 2019.

One major source of emissions that Google hasn’t “neutralized” yet are those associated with manufacturing and transporting products like the Pixel or Chromebook. These are part of a category called scope 3 — emissions that are still very much tied to Google’s business model, but that the company doesn’t have immediate control over.

Scope 3 emissions make up the vast majority of most companies’ carbon footprints, so it’s essential that they are included in net-zero targets. While Google doesn’t own the mining operations, factories, or shipping companies that produce a fair amount of these emissions, it can still ask them to set their own greenhouse gas reduction goals, change suppliers, or use different materials. Apple, for example, is investing in “low-carbon aluminum” to reduce the scope 3 emissions tied to its devices.

Google is aware of this issue. In an environmental report last year, it said, “Our vision is for all our suppliers’ sites to source 100 percent renewable energy in every region where our products are made.” But unlike Apple, which plans to fulfill a similar goal by 2030, Google has not yet committed to its vision with a concrete target.

Reducing is more important than offsetting

An even more common failure of net-zero pledges is that companies focus on going “carbon neutral” without planning to make deep cuts to their emissions. It can be a lot easier, and cheaper, for companies to simply purchase carbon offsets than to make changes to their products, operations, and supply chains. But Pineda said that models for limiting global warming to 1.5 degrees C show that simply compensating for emissions, without reducing them, is dangerous.

“There are other planetary boundaries that are important besides climate,” Pineda said. Tree-planting and other land-based methods for removing carbon from the atmosphere have limits, and if every company relied on them, it could lead to negative spillover effects on biodiversity, displacement, food insecurity, and water. “When you consider all those boundaries, the conclusion is companies need to reduce emissions,” he said.

It’s promising that some large companies seem to get this. On Monday, Walmart announced that it was going to get to zero emissions across all of its operations by 2040 without the use of carbon offsets. That means it will power all of its stores, offices, and warehouses with renewable energy, electrify its vehicles, and even transition to using climate-friendly refrigeration chemicals. It’s a major goal, but at the same time, Walmart’s operations represent only about 5 percent of the company’s total carbon footprint. While the company has several initiatives to reduce emissions from its supply chain, it has not set a net-zero emissions target that includes scope 3.

SBTi isn’t the first to attempt to evaluate corporate climate pledges. A nonprofit called Climate Neutral offers a certification to companies that purchase offsets for all of their operational emissions and most of scope 3. It doesn’t mandate that companies set clear targets to reduce their emissions, but they do have to make a “reduction action plan” and repeat the certification process each year.

Austin Whitman, the CEO of Climate Neutral, said the goal was to make evaluating corporate pledges more accessible for the average person. Climate Neutral also created its own tool that companies can use to estimate their emissions. Whitman said he wanted to make it easier for small companies with limited resources to measure their emissions without having to create a sustainability team or hire a third party. Too many companies get bogged down in the process of counting their carbon and don’t spend enough time doing something about it, he said.

Ultimately, between SBTi and Climate Neutral, the goal is not just to define what net-zero is — it’s also to set standards for how to achieve it. A company can claim it is net-zero today, and even account for scope 3 emissions by purchasing carbon offsets, but that’s not going to work for the planet in the long run. On the flip side, a target without a roadmap is equally dangerous.

“2030 is right around the corner. And so is 2050,” said Steven Clarke, the director for corporate clean energy leadership at the sustainable investing nonprofit Ceres, who applauded SBTi’s effort. “And unless most of these major companies get on those paths immediately, we’re not going to be where we have to be by 2030 or 2050, as an economy and society.”