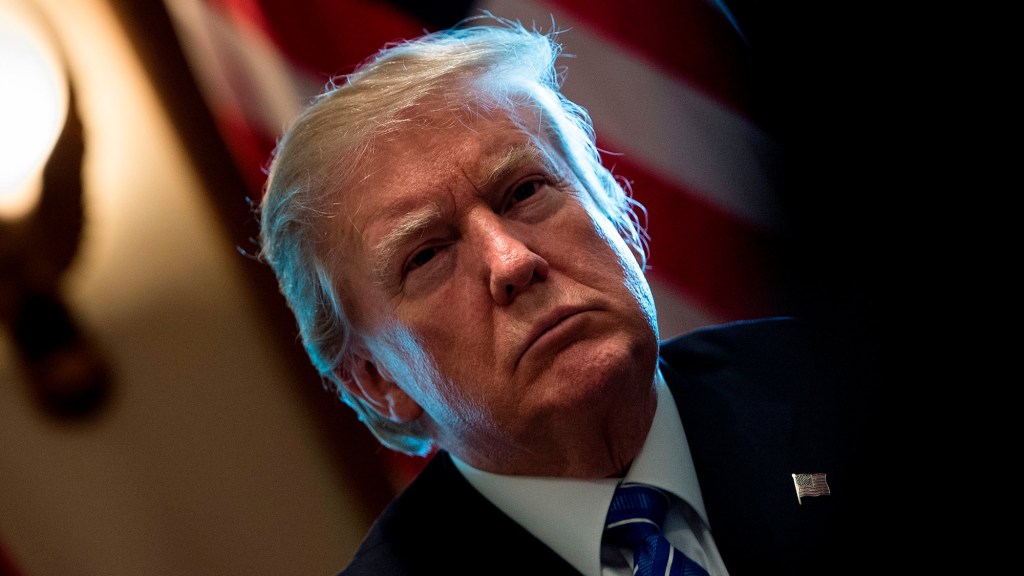 For those who care about the plight of the planet, President Donald Trump has been something of a supervillain. He pulled the United States out of the Paris climate agreement, rolled back countless environmental regulations, and repeatedly made fun of climate activist Greta Thunberg, who is 17 years old and autistic.

But counterintuitively, all of this might have actually made people care more about our overheating planet.

A record number of Americans now grasp that our planet is overheating and that more disasters may be heading their way. More than a quarter of the population is alarmed about the issue. That’s double what it was five years ago, before Trump was elected, according to the Yale Program on Climate Change Communication.

“I suspect that some of the sharp rise in climate concern is related to Trump’s refusal to address the problem,” said Edward Maibach, who directs George Mason’s Center for Climate Change Communication.

It’s also true that Americans are worried about climate change for plenty of reasons that have nothing to do with Trump. In recent years, the global youth climate movement exploded into the streets. Harrowing scientific reports spelled out a bleak future in excruciating detail, and the bestseller The Uninhabitable Earth raised the alarm among book club members everywhere. The United States was pummeled with disasters that bore the fingerprints of climate change — powerful hurricanes, unprecedented floods, and catastrophic wildfires. The Green New Deal became a progressive catchphrase, and the mainstream media began covering climate change like they actually wanted people to read about it.

But Trump might have ratcheted these concerns to another level. The question is, will people stay as concerned once President-elect Joe Biden takes office?

The person sitting in the Oval Office can make a big difference in what Americans think. It comes down to how people form political preferences. Few of us have time and energy to research every little (or even big) topic, so we often rely on the general wisdom of what we see around us — in the news, on the streets, or on Instagram. Social science researchers call these “elite cues,” one of the most powerful drivers of public opinion. Since the media covers Trump so much, Americans get to hear a lot about his perspective.

In a polarized country like ours, what the president says sends signals to both his supporters and critics: beliefs to follow or beliefs to reject. If there’s a cold snap and Trump tweets, “Wouldn’t be bad to have a little of that good old fashioned Global Warming right now!”, his opponents scoff. They just hear a stance to dismiss, maybe even more strongly than before. Journalists will end up covering his comments, driving even more awareness to the warming globe.

The Trump administration’s rampage against environmental protections is another factor. Nearly 60 percent of Americans say that Trump is doing a bad job protecting the environment, according to a Gallup poll from earlier this year, and a similar percentage say that overall environmental quality is getting worse.

President-elect Biden has promised to rejoin the Paris Agreement on his first day in office. He’ll also enter the White House with a $2 trillion climate plan that’s more ambitious than any other president’s.

“I anticipate that Democrats will remain just as concerned about climate change, and probably environmental issues generally, with a Biden presidency,” said Megan Mullin, an associate professor of environmental politics at Duke University.

Data suggests that Democrats may remain worried about climate even once they’ve clinched the nation’s top office. During the Obama era, Democrats became less worried about a whole host of issues, like crime, the economy, and immigration, according to Gallup polling. But their anxiety about the environment stayed strong. “This is an enduring concern for Democrats over the last 20 years, kind of regardless of who’s in the White House,” Mullin said.

Even when Americans had more pressing worries on their mind, like the biggest pandemic in a century, they still managed to stay just as concerned about climate change. A poll from Yale and George Mason universities conducted in April found that 66 percent of Americans were worried about the climate crisis, and a record-tying 73 percent understood that it was happening.

With Trump out of office, the climate movement might find a new villain. If Republicans maintain control of the Senate — a fate likely to be decided by Georgia’s runoff elections in January — that could become Republican Senator Mitch McConnell, the current majority leader who’s not exactly known for brokering deals with Democrats. Though he has come around to accepting that humans are driving global warming, McConnell would likely thwart any meaningful climate legislation.

“I suspect that most Americans who are worried about climate change — which is most Americans — will come to see McConnell as the Villain-in-Chief in this scenario,” Maibach said. “They will not feel reassured, and their level of worry is likely to continue to escalate.”

That said, “the Biden effect” could become a thing. Biden’s approach to climate change might set the tone for the country’s polarization on the environment over the next four years. If he talks about climate change a lot, the public might take that as a partisan cue. But if he doesn’t bring it up often, Mullin said, “we may see some softening” among Republican voters. They could even become more amenable to environmental policies, simply because they’re not being reminded that it’s supposedly a “Democrat” issue.