Here's the good news about Earth from this year 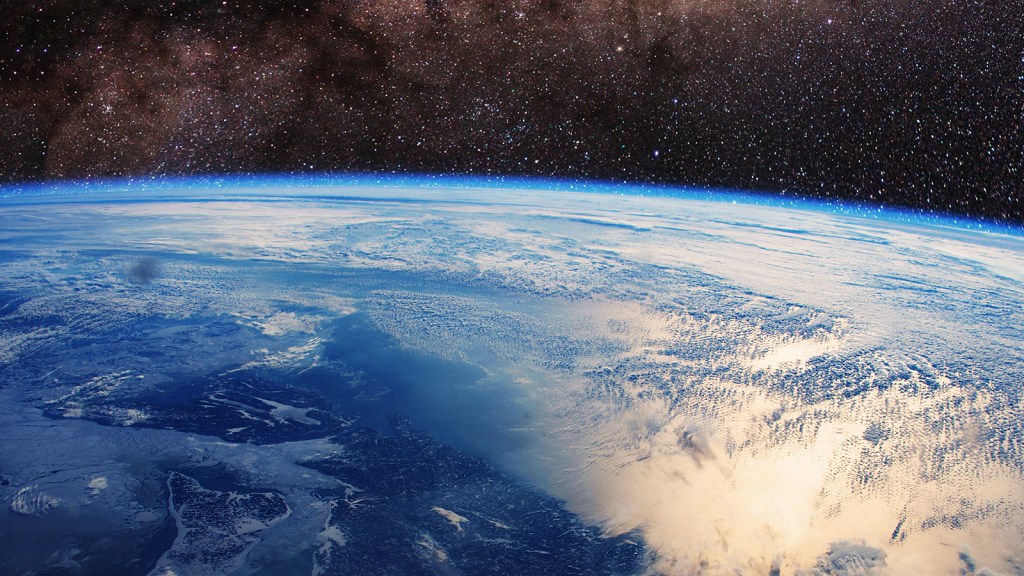 Here’s the good news about Earth from this year

As Earth completes another rotation around the sun, we’ve got a lot to reflect on. The past 12 months have been big ones, both for humanity and for the planet — and, honestly, a lot of it was garbage.

For one thing, the waking nightmare that is the U.S. presidential campaign began. If seeing Donald Trump’s face every time you turned on the news didn’t ruin your year, you’re either a saint or blind. There were epic droughts, floods, wildfires, and blizzards all over the world, as well as continued war in the Middle East, the refugee crisis, mass shootings, police brutality, terrorist attacks, and the truly chilling news that this writer lives on a giant fault line that could blow at any moment.

But before you give up on the world and start day drinking away the pain, it hasn’t been all bad: There were a few bright spots in 2015. Here’s a list of things to think back on when the winter nights are long, the skies are gray, and Trump is still running for president.

The biggest climate story of 2015 took place in Paris, where leaders of nearly 200 nations came together to hash out a plan for how to deal with this whole global warming thing. There were, to put it mildly, challenges. The conference came just weeks after the ISIS terror attacks, and the French government put a damper on the massive protests planned by climate activists. In the end, however improbably, a deal was reached. Not a perfect one, by any means, but a deal nonetheless. As Grist’s Ben Adler wrote, “the Paris Agreement builds the architecture for greater progress in the next decade.” Here’s hoping.

The announcement of the Clean Power Plan was seen as a big win for environmentalists. The plan mandates that states reduce greenhouse gas emissions from power plants by 32 percent by 2030, so naturally, big business and two dozen states controlled by GOP immediately sued to block it. We won’t find out until next year which parts survive and which are sacrificed at the alter of industry, but President Obama made clear with the CPP that he sees real action on climate change as an important part of his legacy.

Ding-dong, the pipeline is dead! So cheered environmentalists after President Obama officially rejected the Keystone XL pipeline project in November. While the victory was largely symbolic — this one project alone would not make or break our future — it was hugely important for the climate movement, which teamed up with Native Americans, ranchers, and farmers to force the pipeline into the national spotlight.

It’s hard out there for an ocean: Mammals are dying, fish are dying, coral are dying, krill are dying, microbes are dying, and, of course, sea ice is melting like a scoop of vanilla on a hot August pavement. However! There was one bright spot in an otherwise depressing year for sea life: marine reserves! Over a million square miles of ocean were protected this year — an area larger than Texas and Alaska combined — including an almost 200,000-square-mile area controlled by the island nation of Palau. Three cheers for Palau! And for oceans.

The beginning of the end of the car

It may be premature to start talking about the death of car, in a year when sales are way up and gas prices are down, but there’s good news. An increasing number of people are choosing to commute by bike as well as using ride-hailing apps like Uber and Lyft or opting for on-demand car rental services like Car2Go instead buying their own vehicles. Ford is so concerned about a shift away from cars that it’s rebranding itself as a “mobility company.”

OK, OK, I know it might seem crazy to talk about corporate responsibility in a year when Volkswagen, Mercedes, and BMW have all been under scrutiny for shady emissions tests and when we learned that most major oil companies knew about climate change way back in the 1970s and quietly swept it under the rug — but that’s not the whole story.

From fast food companies investing in cage-free eggs to agribusiness conglomerate Archer Daniels Midland committing to source soy and palm oil from non-deforested areas to Hershey’s dropping genetically modified beet sugar, our corporate overlords are finally starting to realize that it pays to care about the planet, especially when your customer base does. We’ll see in 2016 if these steps were more than just savvy marketing.

Poverty on the decline

Earlier this year, Oxford economist Max Roser published a chart that may stun anyone who’s started sweating when they looked at their bank account recently: We’re actually pretty rich right now. “In 1820,” Roser found, “the vast majority of people lived in extreme poverty and only a tiny elite enjoyed higher standards of living. Economic growth over the last 200 years completely transformed our world, and poverty fell continuously over the last two centuries” to where it is now, at an all-time low.

That doesn’t mean that income inequality isn’t a huge — and growing — problem. But taking the long view is a good reminder that life could be worse for many of us, and probably was for our ancestors. Roser also pointed out this year that, worldwide, education is more accessible, literacy rates are higher, and violence is actually on the decline.

Not bad for a shit world, right? At least until President Trump takes over.