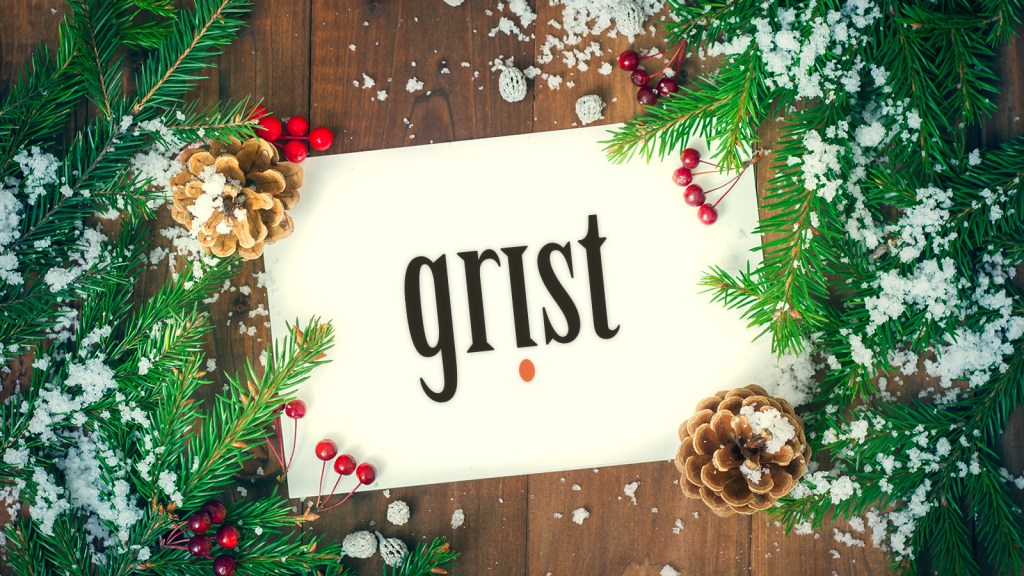 Grist / Shutterstock
From the Editor

Well, it’s been quite a year for the Grist family. We’ve had some cool adventures, visited exciting new places and met interesting people, sampled new foods and new lifestyle choices, ran for public office (kinda), and experienced tough times and triumphs along the way.

Hopefully it’s made us stronger and wiser — ’cause we’re sure gonna need it in 2017!

As Grist’s new executive editor, I feel like the proud father of this motley bunch, so it falls on me to pen the year-end account of all that we’ve accomplished. And there’s no shortage of good bragging material for Dad this time around.

Even while doing all of that, we’ve spent a lot of time plotting out the future of Grist —  one with a renewed focus on solutions, equity, and empowerment. We weren’t planning for the election of Donald Trump, but some of the steps we’ve taken this year to strengthen our reporting team are going to pay off bigly as we prepare to hold his polluter-packed administration accountable.

The media landscape remains rocky, and journalism finds itself on the brink of another big contraction  —  even as it becomes clear that what we do is more important than ever. Grist is certainly not immune to these greater forces. But the story that we have to tell —  about a planet that doesn’t burn and a future that doesn’t suck —  will be more vital than ever in 2017.

So here’s our family mantra for the coming year: Don’t freak out. Figure it out. We hope you’ll join and support us in this effort —  perhaps with a year-end gift (’tis the season, after all). We can use all the help we can get.