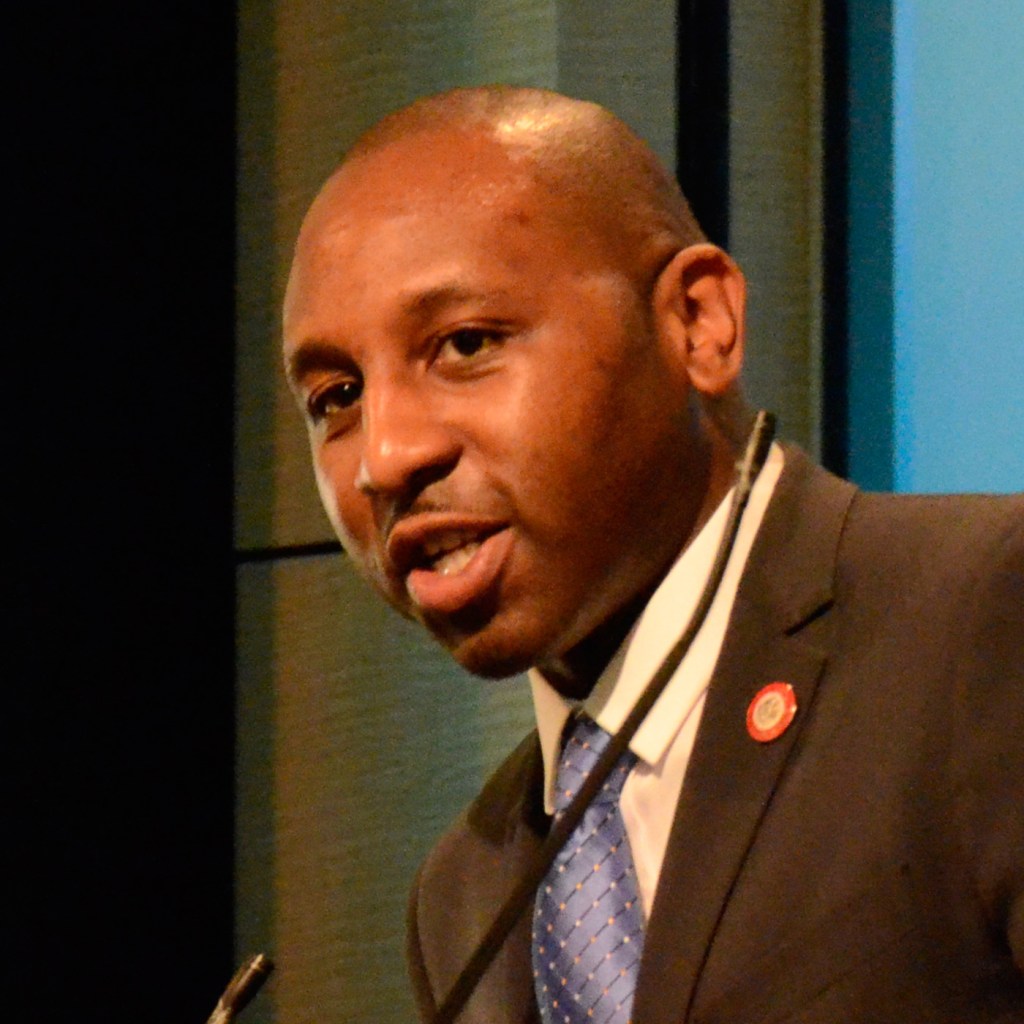 Green cred: Richards chairs the New York City Council’s Environmental Protection Committee. His district in Southeastern Queens is low-lying and includes stretches of waterfront and wetlands, so he has witnessed the impact of flooding firsthand, especially during extreme storms like 2012’s Hurricane Sandy. Parts of Southeastern Queens, a predominantly working-class, African-American collection of neighborhoods, had no street storm-sewer system. Richards wrote and passed a bill providing funding to finally correct that. “This was an area neglected,” says Richards. He has also sponsored and passed a series of climate actions on the Council, including resolutions opposing the Port Ambrose liquefied natural gas terminal and fracking in New York State, both of which Gov. Cuomo went on reject.

“My public housing residents — the climate march [of 2014] was an awakening for them.”

What to expect in 2016: Richards has a bill that would require commercial buildings to shut off their lights at midnight. “Paris, the City of Light, has an ordinance requiring that,” he notes. Richards also has a bill to create a city office of solar energy to help people who want to add solar installations in their homes, and another to create more electric vehicle charging stations. In 2014, the city adopted a goal of cutting 80 percent of its emissions by 2050. Now, Richards wants the city government to aim for a 40 percent cut in its own emissions by 2030.

All in on the climate: Richards’s district includes large public housing projects. He says that his constituents are highly engaged on climate change. “My public housing residents — the climate march [of 2014] was an awakening for them,” says Richards. “They’re out there marching and talking about cutting emissions and making [public housing] developments more resilient in tenant meetings.”

Fan of: The New York Yankees — despite being from Queens, where the Mets play. “I was sort of disheartened, going to all these Mets games as kid and they would lose,” he explains.