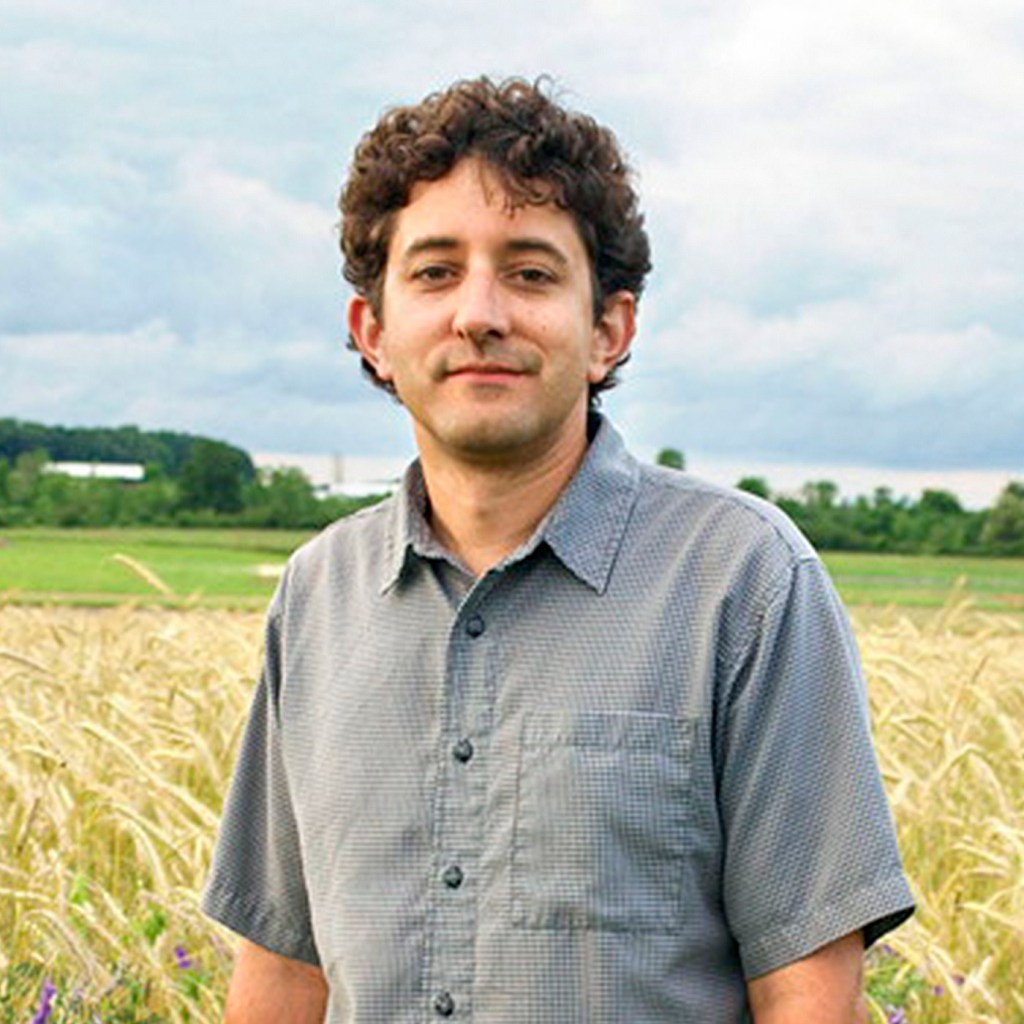 Green cred: Mazourek is the Willy Wonka of veggies. The Cornell prof and plant expert creates new breeds of vegetables that offer unheard-of flavors, and other adaptations valuable to organic farmers and eager eaters alike.

Mazourek collaborated with chef Dan Barber of Blue Hill at Stone Barns to bring forth the honeynut squash. The gist: organically shrink a butternut squash and intensify its flavor while also smoothing the skin, enabling Barber to slice it into steak-like cuts (i.e. a hearty, non-animal-oriented menu item). Honeynut squash is now available nationwide.

“This was the first time someone had ever asked me to breed for flavor,” Mazourek says. “You look in the grocery store, and supply and demand brought us to cheap uniformity at the expense of flavor.”

Saving the cucumber: About 10 years ago, downy mildew decimated cucumber crops in the U.S., thanks to monoculture-weakened cucumbers and fungicides that quickly failed when the pathogen developed resistance. Mazourek and his team had a better solution: They scoured the world for a naturally resistant cucumber, which they found in Southeast Asia and then selectively bred with domestic strains to develop a disease-resistant supercuke.

Hear it from the expert: Says Barber: “Michael develops delicious, distinctive varieties (like the honeynut squash and no-heat habanada pepper) that not only promote resilient agriculture but also introduce new flavors and culinary applications.”

What to expect in 2016: Mazourek is working on the “trifecta melon,” a collaboration with farmers in the southeastern U.S. to develop an especially sweet melon that’s resistant to downy mildew, a nasty pathogen. He’s also working with Barber on the next evolution of squash — something beyond honeynut, with the perfect blend of starch and sweet.

Slow and steady: Mazourek is emphatic that genetic modification isn’t useful for getting the super-resilient, super-tasty veggies he gets from traditional crossbreeding — and as such, his development process takes a few breeding seasons to reach an optimum specimen.

Occasionally, this means transplanting pollen from one flower to another by hand, with tweezers. “Crossing two plants means I’m shuffling tens of thousands of genes. I’m leaving open the possibility for serendipity and looking for the solution at a whole-organism level,” he says. “There aren’t any challenges we have where manipulating a single gene is going to create the change we need.”

The future of flavor is bright: “What is really precious about [my job] is I’m not only raising seeds, I’m raising the next generation of plant breeders,” Mazourek says. “We work in organic systems, for flavor, and students who have been brought up in that system have a bright future that has just started to manifest.”